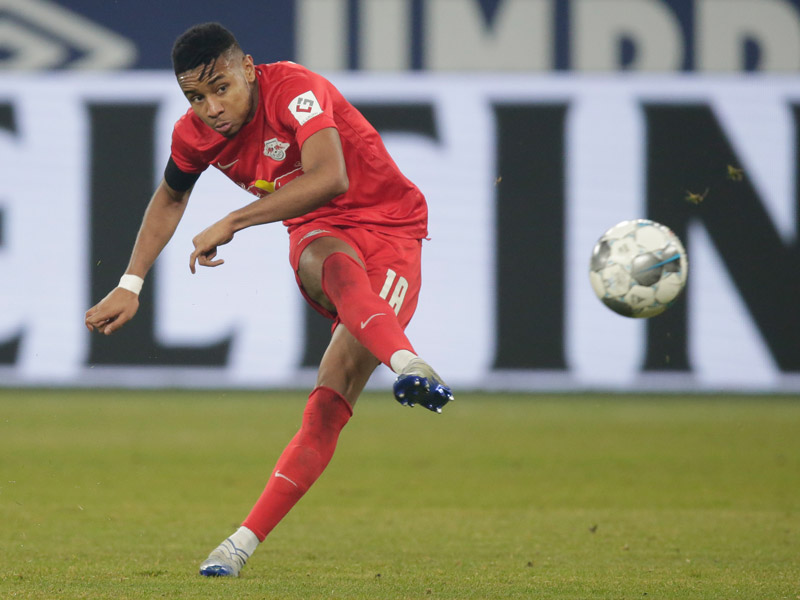 A migratory flight across the Rhine last summer has worked wonders for ex-Paris Saint-Germain attacking midfielder Christopher Nkunku, who recently underlined his importance to German title-chasers RB Leipzig with an incredible four assists in a 5-0 victory at Schalke.

The 22-year-old Nkunku, on PSG’s books for almost a decade, rarely went beyond the role of first-team makeweight at the Parc des Princes, only deployed when bigger names were injured, suspended or rested. But how his fortunes have improved since joining Leipzig in a 15 million euro deal, starting regularly and constantly catching the eye with his vision, technique, one-on-one skills, dynamism and creativity.

Small wonder RB coach Julian Nagelsmann thinks so highly of him. By late February, he already had set up no fewer than 13 Bundesliga goals, thus placing him third in the ‘Assist King’ classification behind Jadon Sancho of Dortmund and Bayern Munich’s Thomas Muller. Not bad at all for a so-called metropolitan misfit.

“I wouldn’t say it was easy for me to leave PSG,” Nkunku told Kicker magazine. “But I had to go for the sake of my development. I wasn’t playing enough in Paris. I made the right decision. The package here in Leipzig is perfect: the structures, the philosophy, the sporting objectives, the opportunities which young players have to grow at this club.

“Some opposing teams in Germany will just sit back and defend. However most teams do want to get on the front-foot. What especially surprised me was the intensity here. You have a lot of sprints to make, particularly after losing possession. Together with the physicality of the game, that makes the Bundesliga really tough.”

Thanks in no small part to his productivity at Schalke – laying on four second-half goals in less than a half-an-hour – Nkunku not only has become Deutschland box office. Word of his exploits in the Bundesliga also has  filtered back to France, where a growing number of football insiders are pushing his claims for a first call-up to the FFF squad.

France coach Didier Deschamps, a conservative by instinct, rarely has been one to embrace experimentation, but just might be tempted to give a chance to Nkunku. Born and raised in Paris by Congolese parents, the youngster is both a natural game-changer and remarkably versatile, able to play out wide on either flank, as a second striker or as a number ten. He screams Euro 2020 wild-card.

Nagelsmann must take a lot of the credit for Nkunku’s explosion. Initially, the RB boss found the young Frenchman a little too timid for his own good, concerned that his new signing reserved his best performances for the training ground, often going into his shell on matchdays. Nagelsmann made it clear he wanted him to accept more responsibility. Message received, understood and acted upon.

Two weeks after Jurgen Klinsmann’s much-discussed resignation as Hertha Berlin interim coach, the capital city club continue to disappoint. Hertha, whose latest setback was a 5-0 home loss to Koln, remain winless at home in the New Year – three defeats and one draw – and are just six points clear of the relegation zone. On the basis of his side’s pitiful showing versus Koln, Hertha caretaker boss Alexander Nouri has a mammoth task to turn things around. Next weekend, Hertha face a relegation six-pointer at Fortuna Dusseldorf. Another reverse could signal the end for Nouri.

Dortmund coach Lucien Favre normally likes to ring the selection changes, mixing and matching his personnel from game to game. So what a surprise to see the Swiss pick the same line-up for three matches running: victories in the Bundesliga over Eintracht Frankfurt and Werder Bremen and a 2-1 Champions League Round of 16 first-leg win against PSG. Stability has become the name of the game and Dortmund’s back-line looks all the better for it.