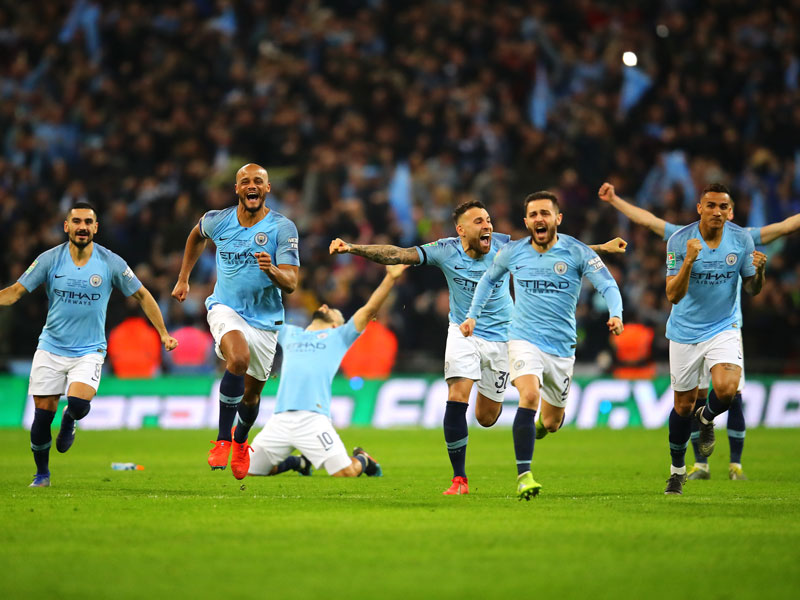 How good is the ‘Greed is Good League’? That is the nickname I gave the Premier League when it launched at the expense of the manifold clubs below it. A clutch of recent results suggests that the Premiership hardly bestrides European football.

Take the dramatic and controversial League Cup Final at Wembley. Manchester City, a major power in the Premiership, opposed by a Chelsea side which very recently it had thrashed 6-0. Another walkover seemed in prospect but it did not happen. Instead, a shrewdly deployed Chelsea team took the match to extra time and even then on to penalties, meantime being involved in a bizarre confusion over their goalkeeper, Kepa Arrizabalaga.

Maurizio Sarri, whose deployment of Eden Hazard as a withdrawn central striker had worked so well, deserved laurels for his revised tactics. Instead it would all go horribly wrong with his hugely expensive goalkeeper chose to defy him when he wanted to substitute him.

So the pre-match expectation that this would probably be Maurizio Sarri’s last game was overtaken by events, ultimately and sadly to be confirmed in the fiasco of the keeper substitution that never was. In the end Manchester City were able to sneak a win on penalties, one of which was limply let though by Chelsea’s defiant goalkeeper.

So much for any claim of City to be a dominant club. Yet what in the meantime of Manchester United, their rivals and neighbours? They seemed to be flying high, reinvigorated after dismal days under Jose Mourinho, by their former star attacker, Ole Gunnar Solskjaer. Confronted at Old Trafford in European contest by a Paris Saint-Germain team without its two chief stars, Neymar and Edinson Cavani, they were outplayed.

It seems as if the tragic Hillsborough disaster can never be laid to rest. Decades after it had happened, we see further charges about to be answered in court. David Duckenfield, who should never have been placed in charge with no previous experience, finds himself dragged into court yet again with bleak prospects, since it was he who had that gate fatally opened. But as I have so often said before, what of those who so mistakenly appointed him and what of the FA who allowed semi-finals to take place when there had been so many warnings of the dangers of those terraces? Is it really too late to find those responsible within English football’s governing body?