1. Bayern launch their recruitment drive.
In a clear statement of intent as they prepare to usher in the new coaching regime of Carlo Ancelotti, champions Bayern Munich, already are spending with Trump-like abandon, paying some 35 million euros for Dortmund and Germany centre-back, Mats Hummels and a similar amount for Benfica’s brilliant young box-to-box midfielder, Renato Sanches.

The third Dortmund leading light to be lured to the Allianz-Arena in as many years, Hummels’ imminent departure from the Westfalenstadion has prompted many ‘Schwarz-Gelben’ fans to call him ‘Judas’.

Unjust. For the past eight-and a-half seasons, the World Cup-winning defender has pulled out all the stops for Borussia and by no means can be accused of moving solely for the money. Once a stand-out for Bayern’s youth team and reserves, Hummels has strong emotional ties to the Bavarian outfit and his father, Hermann was an academy bigwig and chief scout there for the best part of two decades.

It’s thought that the main driver of the Hummels switch was long-serving Bayern assistant-coach and talent-developer, Hermann Gerland, who always considered young Mats a star in the making and thought the club acted too hastily in allowing him to leave for Dortmund in 2008.

“We should never have given him away,” once said Gerland. ” e always was a great prospect.”

2. Djilobodji rescues Werder.
Depicted in the English media as a total flop after managing just 60 seconds in the Chelsea first-team prior to moving on loan in January to Werder Bremen, Senegalese centre-back, Papy Djilobodji, is in an altogether better place right now.

On target with a late winner in Saturday’s vital relegation clash at home to Eintracht Frankfurt, the strapping 27 year-old is highly unlikely to ever score such a significant goal. Not only ensuring Werder’s surivival, but simultaneously condemning the visitors to a two-legged promotion/demotion play-off against second tier, Nürnberg.

To all intents and purposes, Frankfurt were the architects of their own misfortune. Too focused on the single point which would have kept them up. Too cautious and pedestrian.

“We were too defensive,” admitted Frankfurt coach, Niko Kovac. “Then again, little was working for us when we tried to get forward. We had no good possession and gave the ball away a lot. They key, for me, was that Werder won all the second balls.”

3. The cull of the coaches kicks off. 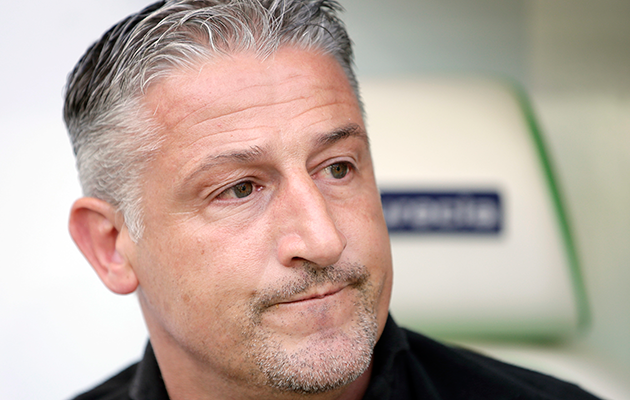 It did not take long for the Bundesliga “if only” brigade to begin clearing out the leadership stables.

Stuttgart, whose 3-1 loss at Wolfsburg confirmed their first top-flight relegation in 41 years, promptly invited head coach, Jürgen Kramny to clear his desk, while Schalke’s Andre Breitenreiter also was put out of his misery, effectively run out of town for not qualifying the Royal Blues for the Champions League.

Certain, less prestigious clubs, would be delighted with a fifth-place finish and ticket for the Europa League. But not in the hallowed halls of Schalke, where the European top table is the be-all and end-all.

Breitenreiter’s dismissal after just nine months in situ very much is a German football one-off. The first instance of a Bundesliga coach being fired by the employee of another club; the deed being done by director of sport-elect, Christian Heidel, who technically is still under contract to Mainz.

4. Gladbach moans and groans
For a club which surpassed all its expectations by finishing fourth in the Bundesliga and will compete in a Champions League eliminator in August, Borussia Mönchengladbach seem remarkably unsettled outfit.

Excellent Norwegian defensive midfielder or centre-back, Havard Nordveit, has opted to join West Ham United on a Bosman free; captain and engine room commander, Granit Xhaka is strongly-tipped to move to Arsenal and rumours continue to fly that coach Andre Schubert is skating on thin ice.

Despite his sterling work with the team this season – taking them from ground-zero to top-four in short order – Schubert does not appear universally popular at the Borussia Park, criticised for his training sessions, alleged lack of man-mangement skills and harsh treatment of injured players.

Others take the no smoke without fire tack. 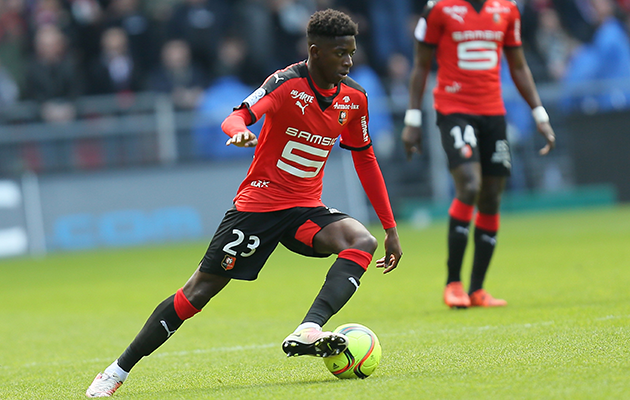 Highy rated, but has Ousmane Dembele made his big move too soon?

Ligue 1 attacking revelation, Ousmane Dembele, will be doing the rounds in the Bundesliga next season after agreeing to move to Dortmund in a 15 million euro deal.

The outstanding 19-year-old winger, who netted a dozen goals for Rennes this term and made another five, was thought to be on the wish-list of Barcelona, Bayern Munich and a host of Premier League sides. But finally opted for the delights of the Ruhr, signing a five-year deal with the Yellow-and-Blacks.

Needless to say, the Dortmunder view the signing the signing of the French Under-21 international as a huge coup. But has he migrated too soon ? He only has been a professional for a few months and might have been better advised to stay in Brittany for at least another season or two.

He may have a point.