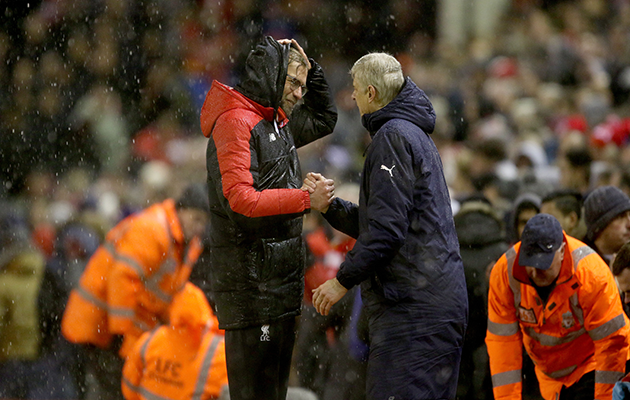 Well last weekend went well didn’t it? We were a single goal away from a fivefold! We predicted correctly that Man Utd would win the EFL Cup Final at 5/6, both teams would score between Chelsea and Swansea at 23/20, Tottenham would cover a minus one handicap against Stoke at 21/20 and Dortmund would win in Freiburg at 11/8. Only Juventus failing to win by three or more at home to Empoli let us down, as achingly they came out 2-0 winners!

Let’s see if we can find the value this weekend, where Liverpool v Arsenal highlights the football fixtures in England…

PREMIER LEAGUE
The big game this weekend is without doubt Liverpool v Arsenal at Anfield in the early evening game on Saturday. I personally believe that the away side can take something from this tie. Liverpool blew away Tottenham at Anfield, but then followed up with a pitiful display in their 3-1 loss at Leicester. Arsenal have not lost 14 of their last 24 away at Liverpool and I fancy them to get a result – Arsene Wenger’s side have lost just three away from home all season in the Premier League! Back Arsenal double chance at 5/6.

My other play in the Premier League this weekend is Man City to win at Sunderland & both teams to score on Sunday at 17/10.

SERIE A
Fiorentina look an amazing price to win in the early game on Sunday in Serie A. They are facing an Atalanta side that have been more than decent at home – losing just three times at home and beating the likes of Napoli and Inter – however the Viola have an excellent record in this fixture.

Fiorentina have won each of their last four visits to Atalanta, and whilst their away form is erratic, over 90 minutes they look a very nice price here in my opinion.

BUNDESLIGA
We backed Dortmund to win last weekend and they duly obliged with an emphatic 3-0 win at Freiburg. That is back to back 3-0 wins now for Thomas Tuchel’s side, but they face a tough task this time around as Leverkusen visit Signal Iduna Park.

However, I fancy them to win again, but also concede against the improving Leverkusen. Dortmund have conceded in three of their last five, whilst Leverkusen have scored eight goals in their last four games.

They are struggling to pick up victories though – Leverkusen have lost four of their last six in all competitions! Back Dortmund to win & both teams to score at 15/8