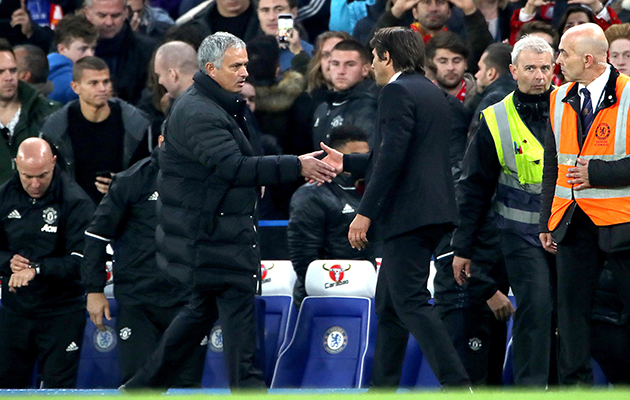 We were pretty harshly dealt with by the betting Gods last weekend. Our 13/8 tip of Man Utd to win both halves against Bournemouth was scuppered by a ridiculous penalty to give away from Phil Jones in the 1st half and a missed penalty from Zlatan Ibrahimovic in the second half. To add to those woes, our tip of Man City to win & both teams to score was only denied by a disallowed goal for Jermain Defoe late in the second half as Man City ran out 20 winners. We did however find a nice price of 15/8 that Dortmund would win and both teams would score when they faced Leverkusen at Signal Iduna Park last weekend. Thomas Tuchel’s side thrashed their Bundesliga counterparts 6-2!

Let’s see if we can find the value this weekend, where the FA Cup quarter-finals highlight the football fixtures in England…

FA CUP
The absolutely huge tie of the weekend is Chelsea v Man Utd. Jose Mourinho heads back to Stamford Bridge for the first time since his embarrassing 4-0 defeat back in October. The Red Devils have had to endure a long trip to Russia where they played out a drab 1-1 draw with Rostov on a tough pitch, so that is hardly the best preparation for this fixture.

With Chelsea continuing their great form, I fancy the Blues to win again here just like they did back in October. However you can squeeze more value out of a win and both teams to score. Chelsea are 7/8 just to win the game but Chelsea to win & both teams to score is available at 17/5. Antonio Conte’s side are winning games still, but have kept just one clean sheet in their last six fixtures in all competitions.

PREMIER LEAGUE
The big game this weekend is without doubt the relegation battle between Hull and Swansea at the KC Stadium. Hull have been made favourites to win here, but I think that is harsh on Swansea. All the pressure is on Hull here after Swansea have picked up some fantastic results in recent weeks under new boss Paul Clement. The Swans have now won four of their last six matches in the Premier League and now sit six points ahead of Hull, who remain in the relegation zone after a 3-1 loss to Leicester last weekend.

I believe that Swansea have been undervalued here and odds of 6/5 on Swansea draw no bet appeal. That is not to do Hull a disservice either – the Tigers have an excellent home record, losing just one of their last 11, but they are running out of time and hope, especially after their gutting last minute draw against Burnley last time out in front of their own fans.

SERIE A
Mauro Icardi looks a nice price at 13/10 to score against Atalanta on Sunday. The Inter forward has had a topsy-turvy season in terms of his relationship with the ultras at the club, but he has still banged in 19 goals this season, including in each of his last two games. Inter

Milan are coming into this match on the back of a 5-1 away win where Icardi netted a penalty and Atalanta have conceded 11 goals in their last eight away games, so he should have his chances. Also this selection highlights the use of our odds comparison service. Some bookies go as short as 20/23 on this selection!

Hertha have been amazing at home this season – they have lost just once at home all season long and held the mighty Bayern Munich to a draw just the other week. I think odds of 6/1 on a home win for Hertha Berlin look too big to ignore.