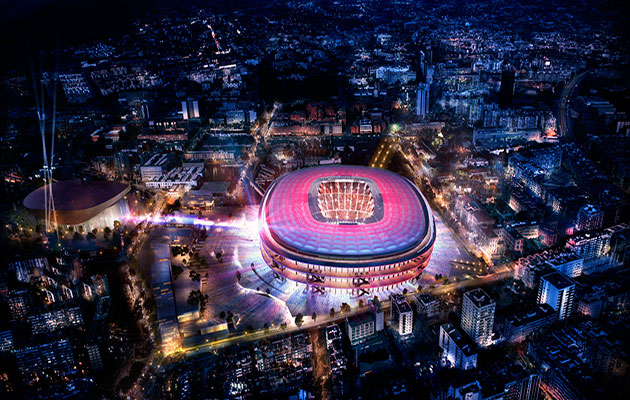 Barcelona have unveiled plans to expand the Nou Camp and extend the capacity of what is already Europe’s largest football stadium to 105,000.

Barcelona plan to upgrade the 59-year-old stadium over a four-year period, ar a cost of £500million. The current capacity of the iconic stadium is 99,354.

The rebuild, expected to be completed in time for the 2021-22 season, will also see a roof added around the stadium and cosmetic imrpovements to the concourses and surrounding area.

The firms were chosen ahead of six other bids by a jury made up of club members, local architechts and officials from the city. 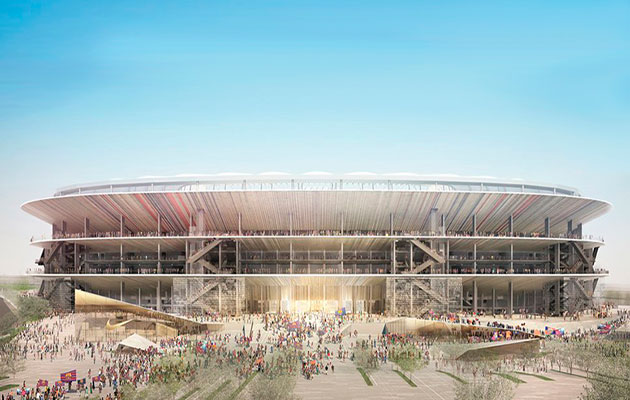 Barcelona are also expected to sell naming rights to help pay for the huge project.

“The Nikken Sekkei + Pascual i Ausio Arquitectes proposal stands out for being open, elegant, serene, timeless Mediterranean and democratic,” read a statement on the club website.

“It is also notable for its relationship with the environment, providing depth, creating shadows and making members the stars of the facade and of the open area at all times.

“The proposal presents a very subtle attempt to intervene in the environment to facilitate circulation and achieve diverse urban usage in the Barca Campus and guarantees a clear and safe construction.

“In short, it is a unique solution, reproducing the characteristic vision of the grandstand and canopy, from the inside out, a silent and powerful tribute to the stadium built by Francesc Mitjans in 1957.”

The move to upgrade Camp Nou, comes a year after Barcelona’s rivals Real Madrid, saw their efforts to revamp their own Bernabeu stadium scuppered by Madrid’s supreme court of justice.