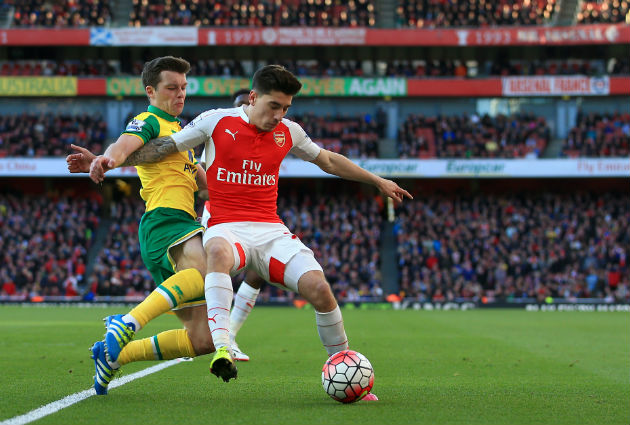 Arsenal defender Hector Bellerin wants the team to finish the season on a high, and salvage their missed title opportunity by catching fierce rivals Tottenham Hotspur.

Bellerin has been a model of consistency this year for a number of eye-catching performances and was rewarded by being acknowledged by his peers by being named in the PFA team of the year.

Arsenal fans have grown frustrated at not being able to clinch the Premier League, and Bellerin sees finishing above Tottenham as a great motivational tool to make them happy.

“For us, it’s important to finish third, or even second,” Bellerin told Sky Sports.

“Obviously, as a team we want to finish as high as we can, and in a good moment to be ready for next season. We’ve got to start with these three points at the Etihad and the team is really focused on that.”

“As an Arsenal player, there is always that motivation [to beat Tottenham],” he said.

“It’s something the fans would probably be looking forward to. As players, we need to fight for it as well.

“It doesn’t only depend on us of course. We know they have their games to play and have to win them as well so we’ll do our end of the job and we’re going to hope for the best.”

Bellerin joined former right back, Lauren, defending under fire manager Arsene Wenger. The Spanish full-back echoed Lauren and said the team needed to look at themselves for their performances.

“Every single manager can have a good season or a bad one but at the end of the day it’s us the players who have to get on with the job.”

“You cannot blame one person or 11, you just need to look at the club or the people to see what’s missing, and once you get the right answer, you need to perform on the pitch.”