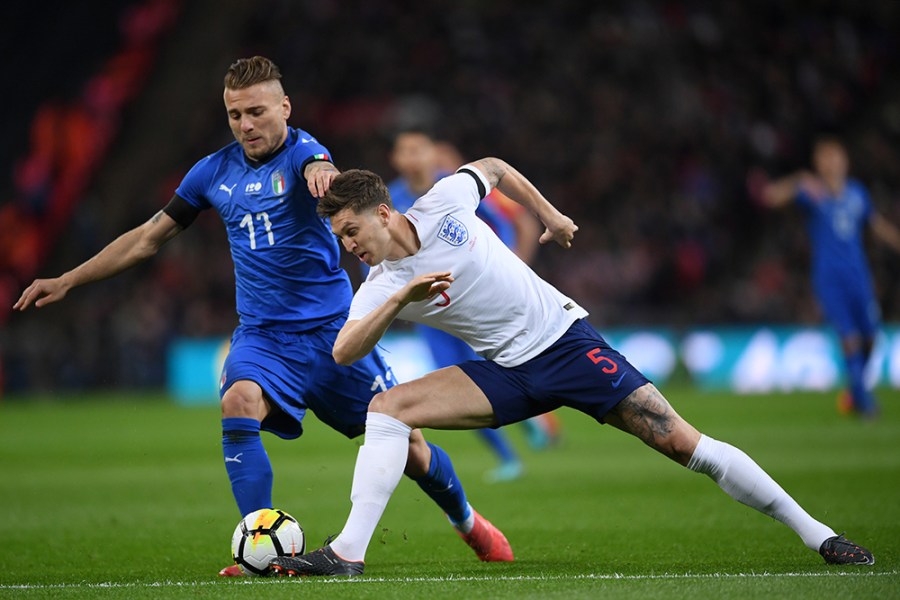 England will not disgrace themselves in Russia | Brian Glanville

A plethora of substitutions arguably led to England losing the initiative and the lead against Italy; who should really have gone ahead in the opening minutes after a couple of dreadful blunders by John Stones. He got away with them and settled down to a strong and solid game before being hurt and substituted but it might well have been a very different and a very dismal story.

Stones as we know cannot command a place in his club team, Manchester City. He is arguably still the best English centre-half of the moment which perhaps says as much about the dearth of them as it does about his own undoubted ability; all too often however undermined by his penchant for taking risks.

You can I suppose see Southgate’s point in trying to deploy as many of his squad hopefuls as he can, but there is no doubt that he weakened his team and lost the ascendency, established after an uneasy first 20 minutes, in doing so.

It seemed especially bizarre even gratuitous that he should have thrown on Adam Lallana, who has barely been back even to club football after so many weeks out through injuries. Lallana did not in the event disgrace himself, but to withdraw as busily effective an element as Oxlade-Chamberlain after 20 minutes of the second half made scant sense.

As for the 1-0 win in Holland, the result seemed a good deal better after what had looked a flaccid and unthreatening Dutch team had promptly gone to Portugal and won in some style. Football the game of a million mysteries. Even the solitary and decisive goal which England scored in Amsterdam was propitiated when the towering and vastly expensive Virgil Van Dijk decided to duck under the relevant cross.

Southgate however can hardly be expected to make bricks without straw and when the hapless Jack Wilshere, who had previously gone intact throughout the season, abruptly had to withdraw injured from the squad, Southgate alas had no Frankenstein’s laboratory to conjure up a substitute playmaker. Someone capable of doing the sudden unexpected.

England overall passed well enough, moved pretty well against the azzurri, but the final killer ball was forthcoming only once when that quick free-kick gave Vardy his dramatic goal.

Hard to see England, even if Wilshere can revive, doing anything substantial in Russia, though they should go through the first stage at least. The irony of it it that at the junior level, England have discovered an abundance of glorious young talent, winning no fewer than three major tournament and taking a World Cup final against Venezuela in South Korea in refulgent style.

Of course, young footballer like race horses do not always train on, and there is the added problem – as Stones would no doubt tell you – that whatever your abilities, your first-team place may be occupied by a costly foreigner. We can but wait and hope.

At least one of those gifted youngsters, the midfielder Lewis Cook, from Leeds but now at Bournemouth, was one of the second-half substitutes to come on. The present England team should not disgrace itself in Russia, but nor will it be any real kind of contender.

It was interesting to read an extensive interview with Ivan (not Ivor as the paper rightly pointed out) Broadis, now in his nineties. His original signature on a contract form was misread. But he was an inside right not an inside left, as the profile stated. And it was as such that – no mention oddly of this – he struck up a famous inside forward partnership at Sunderland with Len Shackleton, who termed himself the Crown Prince of Soccer.

Just as Broadis, an ultra Londoner born on the Isle of Dogs, an airman in the second world war, slipped through Tottenham’s fingers as an amateur, so did Shackleton elude Arsenal, who so foolishly and humiliatingly let him go as a boy.

Shackleton played rarely for England; his cheeky intransigence surely counting against him. The tale is told of how, during an England training session at Roehampton, Walter Winterbottom, England’s long-serving but controversial manager, told the England forwards to run down the field interpassing then put the ball into the empty net.

Shackleton looked up wearily from the ground. “Which side of the net, Mr Winterbottom?” he inquired.

The most extraordinary result of a busy international Tuesday night was surely Spain’s 6-1 thrashing of Argentina in Madrid. True, the most refulgent Argentina star Lionel Messi was absent, but how much difference would that have made? Three of the Spanish goals came from Real Madrid’s Isco who cannot at the moment hold a place in his club team.

“Perhaps I’m not getting the continuity I need at club level,” said Isco modestly. Three goals in an international game suggest his need is not essential. 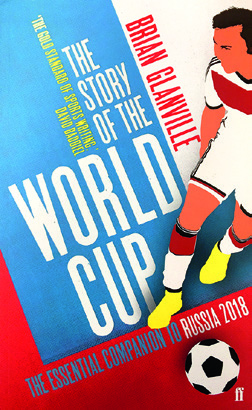