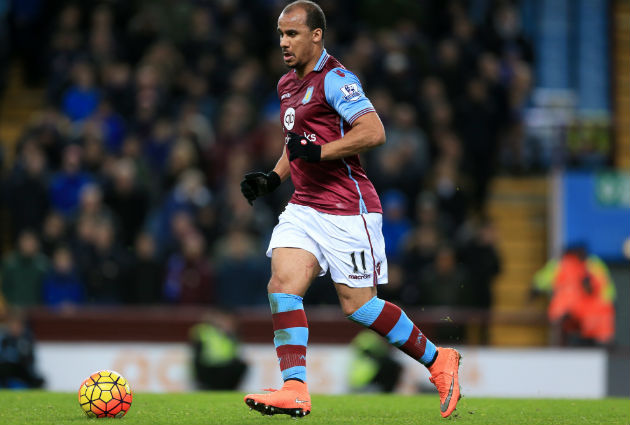 Aston Villa forward Gabriel Agbonlahor has been left out of the Villa squad for this weekend’s game with Chelsea.

Villa said that they are investigating reports that the forward was caught with a shisha pipe while on holiday recently in Dubai.

Agbonlahor's antics on holiday have prompted an internal investigation at #AVFC

Villa, who this week sacked Remi Garde, will conduct and inquiry following photographs emerging of Agbonlahor smoking the shisha pipe.

Gabby Agbonlahor smoking away the pain of Villa's season with some time off in Dubai. #AVFC pic.twitter.com/3OaYYsMuYV

According to Sky Sports, the Midlands-born player will not be involved in any of Villa’s games until the investigation has been completed.

The player has only made 15 appearances in the Premier League this season.

First-team coach Eric Black has taken over from departing manager Remi Garde as acting manager until the club find a full-time replacement.

Nigel Pearson and David Moyes are amongst the frontrunners in line for the job at Villa, who are expected to go into the Championship next season as they are 12 points adrift from safety.