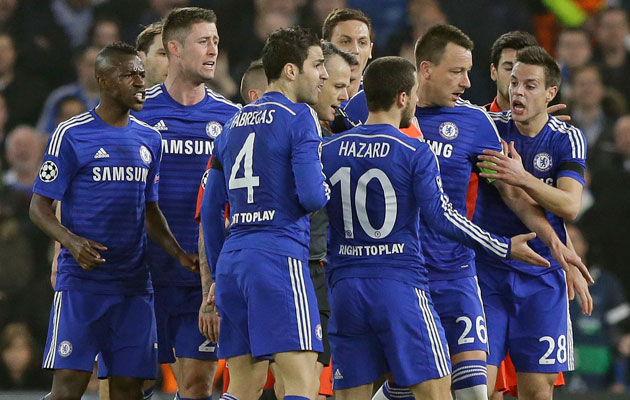 John Terry has defended Chelsea’s conduct during their Champions League elimination to after the London club’s players were dubbed “pathetic” and “babies”.

Despite playing with 10 men for 90 minutes, PSG emerged victorious on away goals in an ugly affair, which was marred by several incidents of referee intimidation by both sets of players.

Terry, who was at the forefront of one such incident which resulted in PSG forward Zlatan Ibrahimovic being sent off, defended his conduct, claiming that it was a response to the opposition charging the referee.

As a defence, ‘they started it’ doesn’t have much going for it, but that is only to be expected when one is defending the indefensible.

“Once they’re charging the ref, the only thing we can do is respond,” Terry said. “You can’t as a group of players let them surround the ref, trying to get our players booked.

“For me if I have to run 20, 30 yards, it doesn’t look great but when you’re standing back and seeing five or six of their players surrounding the ref, for me I think I support my team-mates.

“And once I go, four or five go with me, it doesn’t look good at all but that’s part of the game. We’ll match it if people want to mix it, that’s part of our game as well.

“You have to stick up for your team-mates. Every other side is as bad as each other. It’s part of the game.”