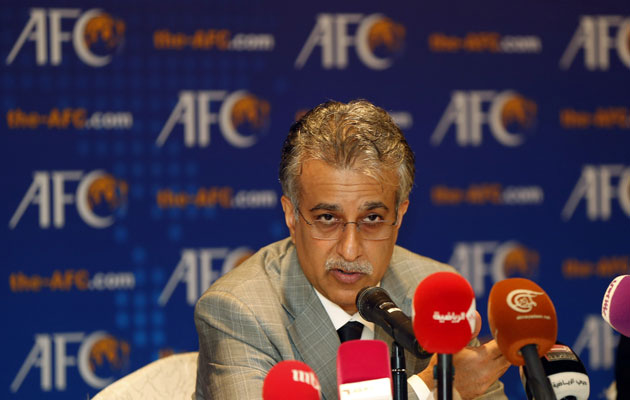 FIFA presidential candidate Sheikh Salman has found himself having to fight off yet another attack on his credibiity only two days before the election here in Zurich.

The Bahraini head of the Asian football confederation was targeted by the FIFA critic Damian Collins, a British Conservative Member of Parliament.

Collins has already assailed Sheikh Salman bin Ebrahim Al Khalifa over allegations – which he has denied – concerning the Bahrain crackdown on pro-democracy protesters in 2011.

This time Collins, in an intervention which risks backfiring, used the legal protection of parliamentary privilege in the House of Commons to suggest that Sheikh Salman had used FIFA Goal development funds to help finance his vain bid to win the AFC presidency in 2009. 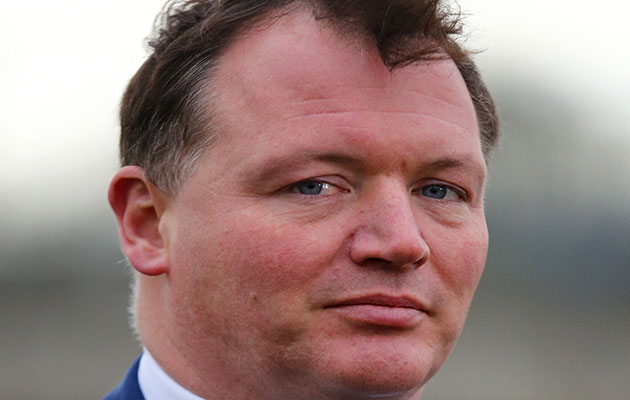 UK MP Damian Collins has been a persitent critic of Fifa in recent years.

A leaked letter received by Bahrain’s Al Bilad newspaper claimed Salman had spent £1.6m before losing by only two votes to Qatar’s Mohamed bin Hammam. The MP called on the government to oppose any bids by the Football Association to host FIFA tournaments if Sheikh Salman should be elected its president on Friday.

Almost immediately a rebuttal statement was issued from Sheikh Salman’s advisers in his bid to become only the second non-European ever to hold the FIFA presidency.

The statement said: “It would be virtually impossible to use Goal funds since the money is transferred directly to the companies conracted to implement the projects.

“FIFA did ask for clarification on how the Goal money had been used as part of its procedure in auditing all Goal funds. The BFA responded with adequate information and documents and consequently the inquiry was closed.

“Some of the Goal projects Sheikh Salman was alleged to have used to fund his campaign were fully completed before the 2009 campaign.”

Sheikh Salman has also denied a claim that illicit offers had been made, in particular to the football federation of Kyrgyzstan, in suppport of his AFC power bid in 2013.

A statement said: “Sheikh Salman has and had no knowledge whatsoever of any inducements offered, or of any payments made by the Olympic Council of Asia to any football associations and absolutely no evidence has been forthcoming to show this to have been the case.”

Sheikh Saman won the 2013 election by a landslide with 33 of the 46 votes; the other two candidates received only seven and six votes apiece.

The OCA, led by headed by Kuwaiti Sheikh Ahmad Al-Fahad Al-Sabah who is a FIFA exco member and influenctial supporter of Sheikh Salman, has also “strongly denied accusations which are entirely without foundation.”

Collins had harried all of FIFA and its leaders over the past three years through the #NewFIFANow campaign.

The timing of this latest intervention carried a risk. Previous UK political and media strikes at FIFA shortly before an election have had the effect only of provoking a defiant response sparking the opposite effect to the one intended.

Minutes before the FIFA exco voted on the 2018 and 2022 World Cup host awards president Sepp Blatter reminded exco members of a twin assault on FIFA corruption by The Sunday Times and BBC’s Panorama.

Collins’s petition to the House of Commons:

The petition to the House of Commons from a resident of the UK states:

Shows that in August 2009, Sheikh Salman, then Bahrain Football Association (Bahrain FA) President, was accused of using FIFA-financed sports development budgets to fund his unsuccessful campaign for the FIFA Executive Committee election; and that in a leaked letter received by the Al Bilad newspaper it was claimed that Sheikh Salman had spent upwards of 855,000 dinars (£1.6 million GBP) on his campaign and that some of this money had come from FIFA-financed football development projects, in particular Goal 1 (intended to help fund a new Bahrain FA headquarters), and Goal 3 (intended to provide facilities for the development of youth and women’s football); that after FIFA requested urgent information from the Bahrain FA regarding the misappropriation of funds Sheikh Salman did not comment until early September 2009, at which point he denied those claims, however the Bahrain FA did not dispute the contents of the leaked documents; also notes that prior to Sheikh Salman’s election to the Presidency of the Asian Football Confederation (AFC) in May 2013, details of the flights that the Football Federation of Kyrgyz Republic’s (FFKR) delegation would be taking to and from Kuala Lumpur for the AFC vote were emailed to the private account of the ‘IT manager’ at the Olympic Council of Asia (OCA), of which a close associate of Sheikh Salman was Head; that three days before the vote, requests for support for 53 projects for Kyrgyzstan football to the tune of millions of pounds were discussed although there seems to be no legitimate reason for the FFKR, part of FIFA, to be seeking funding from the OCA, part of the International Olympic Committee; notes that the FFKR approached the OCA again after the AFC election asking when they would receive payment for their projects, which gives strong grounds to suspect that the FFKR voted for Sheikh Salman because they believed they would receive significant financial support from the OCA (including that OCA officials appear to have met officials from the FFKR during the AFC vote in 2013); and believes that this is a fresh ‘cash for votes’ scandal which needs urgent investigation.

The petitioner therefore requests that the House of Commons urges the Government to confirm that it would not support bids from the English Football Association to host FIFA tournaments should Sheikh Salman be elected as President of FIFA on Friday 26 February 2016.