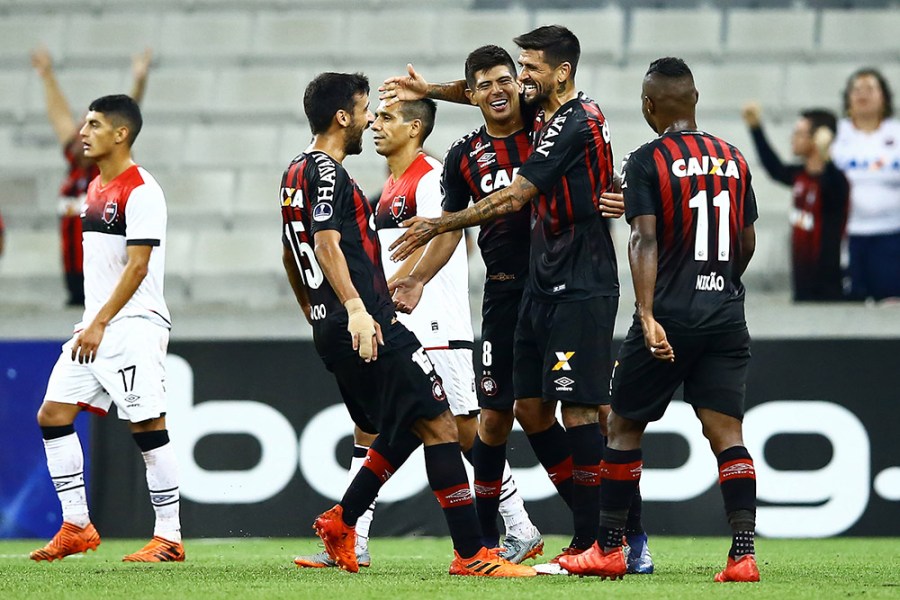 The problems of domestic Brazilian football go well beyond the financial. After all, the country’s clubs are far wealthier than their opponents elsewhere on the continent. But they do not dominate the Libertadores Cup, South America’s equivalent of the Champions League.

There is also a crisis of ideas. If anything, the recent story of the national team backs this up. With few changes in personnel, coach Tite took a team which under predecessor Dunga was outside the World Cup places, and then led them on a victory cruise to Russia, where they will be one of the favourites. This came after an application of tactical concepts gleaned from an intense study of the European game. But Tite is an exception. There are no Brazilian coaches in top level European football and, bloated by success, the country’s footballing culture has mouldered in complacent isolation.

For years there was an obsession with the game’s physical development. Central midfielders needed to be six footers to win the physical battles; there was no longer space on the field to play a possession based game; strategy should be dominated by the counter attack.

And then along came Pep Guardiola, and these castles came tumbling down.

But Brazilian football has been very slow to react – if it has reacted at all. Some of the old school have preferred to dismiss Guardiola. Former national team coach Vanderlei Luxemburgo said two years ago that “Guardiola is more marketing than coach”. There has been no concerted attempt by a first division club to incorporate some of Guardiola’s thinking.

Until now. Fernando Diniz would not be pleased to be described as a disciple of tiki-taka.  He prefers to argue that he has developed his own concepts. Wherever they come from, they are very interesting.

Now 44, Diniz was attacking midfielder probably best known for a spell with Fluminense at the start of the century. He also has a degree in psychology, and since embarking on a coaching career nearly a decade ago he has been employing his knowledge of football and of human relations in a fascinating way. His teams are radically different from the norm in Brazil.  He seeks to build from the back, with the goalkeeper playing a vital role in move initiation; he favours a back three which includes midfielders; his team is compact, with a rotation of positions and a constant search to create triangles; and their possession based game seeks to strangle the opposition in their own half.

It is remarkable that so much time has passed before Diniz was given a chance with a first division club. His work with smaller outfits had been consistently eye catching.

But the model has its risks – of being caught on the counter attack, or of losing the ball trying to pass out from the back. Club presidents have preferred to play it safe. But this year Atletico Paranaense have gone bold.

Atletico are an unconventional club. They dismiss the state championship, for example.  Diniz and the first team did not even take part in the Parana state championship. That was left to a reserve squad, while Diniz had more time to drill his team. This is fundamental, because the Brazilian calendar leaves very little time for training and innovation if the clubs try to chase every available piece of silverware. Diniz and his men have only played seven games this year – and it is the two over the last few days which have brought them most attention.

On Thursday in the Copa Sudamericana, a Europa League equivalent, they blew apart Argentina’s Newell’s Old Boys in the first half, racing to a 3-0 lead, moving the ball wonderfully and forcing their opponents to defend large spaces.

On Sunday they were at home once more, this time to Chapecoense in the opening round of the Brazilian League. Diniz made five changes, fielding an inexperienced side.  And despite enjoying around 80% of possession, they could not make a first half breakthrough.  Worse, Chapecoense took the lead early in the second half – predictably enough, with a header from a set piece.

How would Atletico react? Under scoreline pressure, would they continue to have faith in their model of play? Their 5-1 win would seem to dispel any doubts.

And there is no doubt that they will be a fascinating team to follow in this year’s championship. Opponents will study them in depth. There will probably be some heavy defeats along the way. Will the team keep its faith? More importantly, will the club keep its faith? Will a bad run lead to a quick sacking, as is so often the case in Brazil? That would be a shame. The league is already benefiting from the presence of a coach prepared to do things differently.