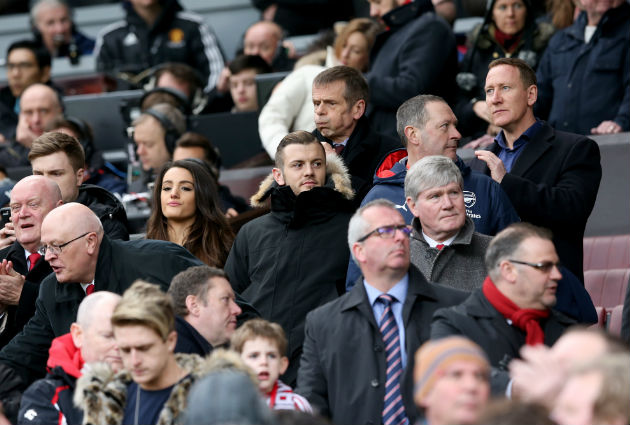 Arsenal manager Arsene Wenger has defended Jack Wilshere after pictures over the weekend revealed that the midfielder was talking to the police after an alleged confrontation with two groups.

Wenger said that players were free to socialise seeing as the squad had a day off the next day. Wenger said that the incident had been blown out of proportion after discussing it with Wilshere.

He said that the matter was a “private affair” and focused on Wilshere’s work ethic as he looks to build fitness ahead of Arsenal’s final push for the title and Euro 2016.

Wenger on Wilshere nightclub incident: "It looks to be taken out of proportion a little bit. These are matters we like to keep internal."

Wenger said: “I have spoken to him. It looks to be taken out of proportion a little bit. These are matters we like to keep internal.

“There was no training session the next day. He had a day off. You can accept that sometimes the players go out, when they are free the next day over the weekend.

“This is a completely private matter for me. It’s very difficult to speak about it… I don’t know what happened.

“You know as well, he can be provoked. It’s not easy today to go out when you’re well known without creating some provocation. Even when you’re known, you [still] have the right to go out.”

Wenger confirmed that Wilshere would be playing for the U21s on Thursday night as expected.

“What is positive is that he works very, very hard,” said Wenger.

“The news looks quite good. He’ll have a good test tomorrow night.”

But Wenger sounded a warning about rushing the England man back to the first XI too quickly.

“We have to see now [about Wilshere’s return to the senior side],” he said.