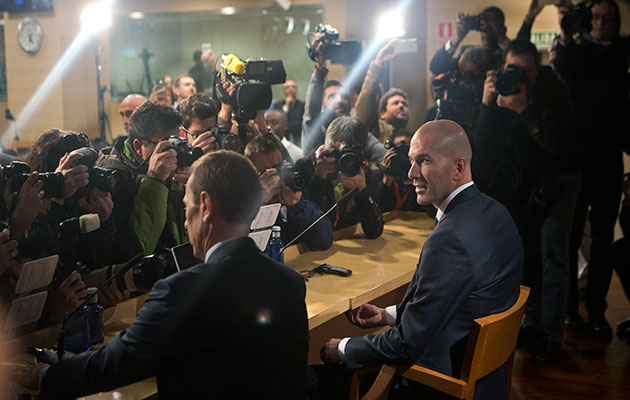 Newly appointed Real Madrid manager Zinedine Zidane has played down comparisons with former Barcelona coach, Pep Guardiola, despite the similarities in the way both men were appointed to the top positions at Spain’s leading two clubs.

Zidane, a former Real player, was appointed the club’s new coach on Monday following the dismissal of Rafa Benitez and, like Guardiola when he became manager at the Nou Camp in 2008, he has no experience of managing at this level.

“Guardiola is a fantastic coach and what he is doing is very impressive,” Zidane told a news conference on Tuesday.

“Guardiola is Guardiola. I will do my best. I will not compare myself with anyone. I never did it as a player and I won’t do it now.”

Guardiola, a former Barca midfielder, won 14 major trophies including the Champions League twice during his four year spell in charge at Camp Nou. He has been coach at Bayern Munich since 2013, but announced last month that he will leave the club at the end of the current season.

“You shouldn’t make comparisons with me and Guardiola,” Zidane said. “He has achieved incredible things.” 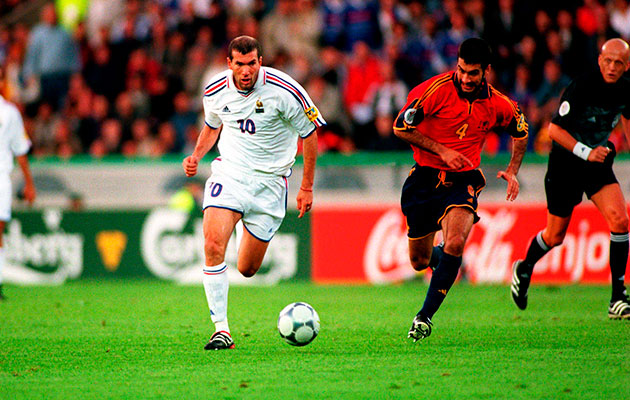 Benitez was sacked after seven months as coach with Real third in La Liga, four points behind leaders Atletico Madrid and two behind champions Barcelona.

“I have clear targets and I’m going to do everything I can to reach those targets,” Zidane said.

Despite being the highest scoring team in La Liga, Benitez’s Real were criticised for their perceived negative style of play. The low point of the 55-year-old’s seven-month spell in charge was a 4-0 home defeat to arch-rivals Barcelona in November, which prompted president Florentino Perez to issue a vote of confidence in his under-fire coach.

Zidane has vowed to maintain the club’s historis tradition of playing attacking football.

“Good football has always been important at this place and I am going to continue that,” Zidane said. “It has to be offensive football, balanced and nothing else.

“The target always is to win the Champions League and I will try to make that possible.”

Zidane, who played for Real for five years and famously scored a wonder goal in the Champions League final of 2002 (see below), played down suggestions that there were tensions within the squad.

“I’ve got good feelings, but a coach is never fully prepared, especially a coach who has never managed at this level before,” he said.

“I feel kind of prepared. I have motivation and hope. All that will help me.”

Zidane’s first game as manager will be against Deportivo La Coruna at the Bernabeu on Saturday.