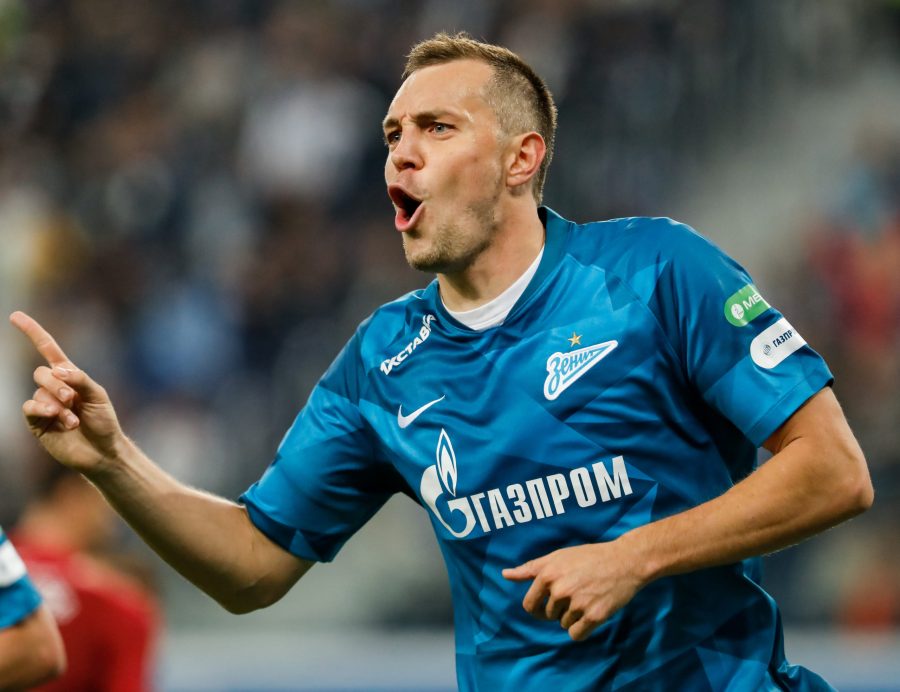 Indeed, for much of the 31-year-old’s career, he has had to deal with media brickbats, condemned as too slow, too cumbersome, too inconsistent, too happy-go-lucky and too ready to clash with authority figures. 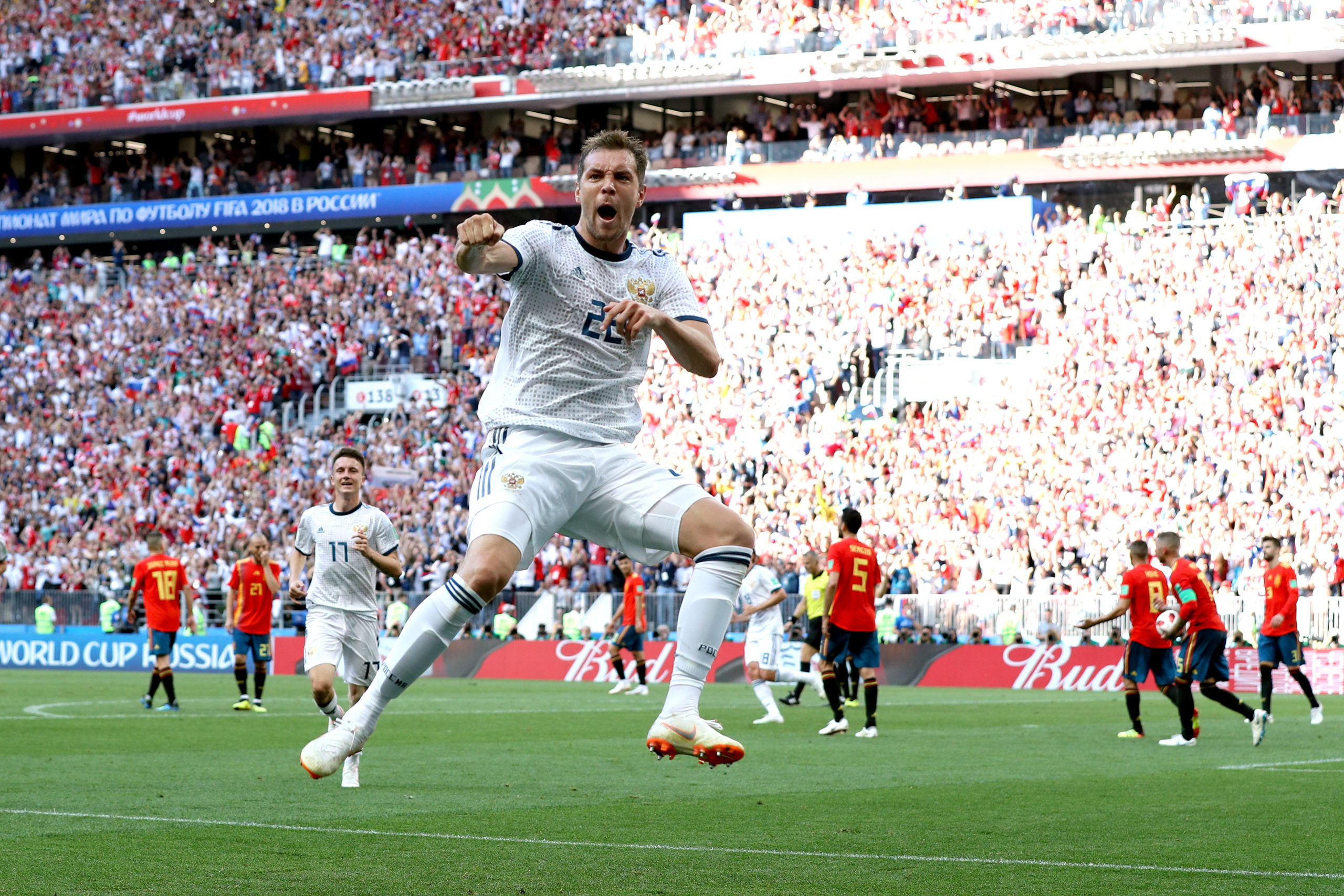 Artem Dzyuba of Russia celebrates after scoring his team’s first goal during the 2018 FIFA World Cup Russia Round of 16 match between Spain and Russia at Luzhniki Stadium on July 1, 2018 in Moscow, Russia.

Back in 2017, he plumbed rock bottom. In the spring of that year, he was reportedly involved in a heated bust-up with Russia coach Stanislav Cherchesov. Just a few months later, he fell out of favour with then Zenit boss Roberto Mancini, who promptly banished him to the reserves.

Dzyuba, with 20-odd caps for Russia at this point, appeared to have no chance of featuring at the 2018 World Cup on home soil. Yet make the cut he did, benefitting from a successful loan spell at top-flight Tula Arsenal where he scored six times in ten appearances and the cruciate ligament injury which sidelined star forward Aleksandr Kokorin.

He was only a substitute when Russia began their campaign against Saudi Arabia, but soon would have his opportunity, replacing the misfiring Fedor Smolov mid-way through the second-half. Within a minute of coming on, he had headed home and subsequently set up another for Denis Cheryshev.

He would go on to enjoy a fine tournament, scoring three goals in all, creating two more and leading the line with power and poise. No other Russian played a bigger part in the side’s unexpected march to the quarter-finals. No other Russian better embodied the team’s new-found conviction and purpose. Gone was the brooding, argumentative soloist. In its place, a workaholic team man, a totemic caller of the motivational shots. The World Cup was the making of him. 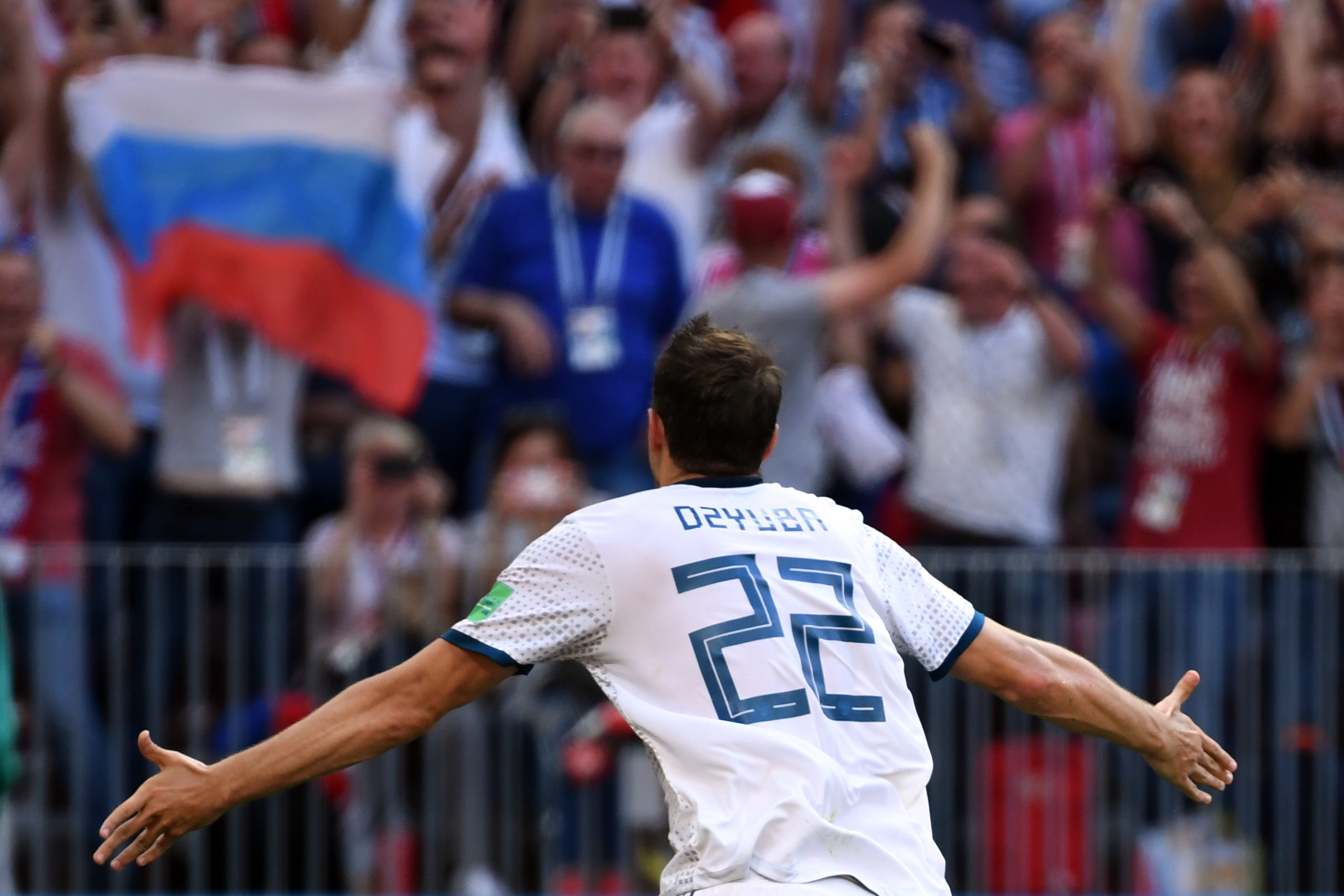 Russia’s forward Artem Dzyuba celebrates after scoring their first goal on a penalty kick during the Russia 2018 World Cup round of 16 football match between Spain and Russia at the Luzhniki Stadium in Moscow on July 1, 2018.

“Artem inspires the team in the dressing room,” gushed former Russia boss Guus Hiddink in an interview in the Sport Express daily. “He gives the side courage. Although he’s not the most technical player on the team, it’s impossible to ignore his presence on the field of play.”

Since the heroics of 2018, he has continued to lead the line for the national team, starting every game of Russia’s Euro 2020 qualifying campaign and scoring nine goals, as they finished second behind Belgium in Group I.

He’s returned to top dog status at Zenit too, scoring almost 30 goals in back-to-back title wins, while also collecting a league-high ten assists in the 2018-19 season.

With the Russian champions keen to retain his services, there is time for more heroics.