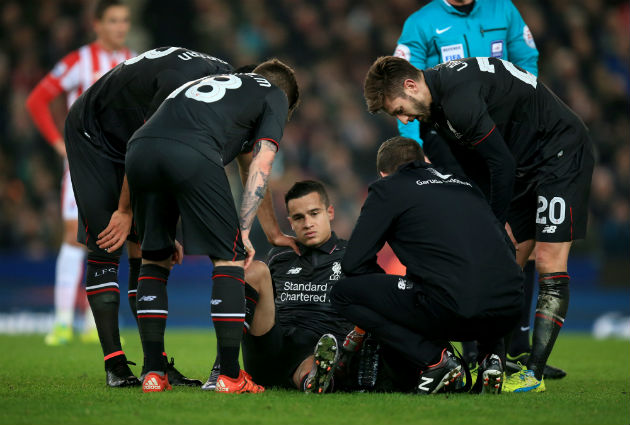 Jurgen Klopp’s mind must be going through a carousel of emotions at present. Unpredictability is the best word to sum up Liverpool’s current fortunes under Klopp’s tenure so far at Anfield.

They have shown glimpses of brilliance in the league, most notably, the excellent away victory over Manchester City – which displayed the very best of Klopp’s gegenpressing style of play. However they have failed to produce this style of performance consistently in the league. West Ham beat Liverpool comfortably at the weekend, with Klopp rumoured to be frustrated with his players.

However, his players repaid Klopp with a fantastic victory over an in-form Stoke City side in the first leg of their Capital One Cup semi-final on Tuesday evening. Liverpool dominated the first half and were rewarded with Jordan Ibe firing them into the lead after thirty seven minutes. Stoke came back in the second half, however Liverpool showed dogged resilience, limiting Stoke’s ability to create many clear cut chances.

The performance, however, was blemished by injuries to three more players and thus extending Liverpool’s ever-growing injury list.

Ironically, the biggest strength of a Klopp team is the aforementioned gegenpressing style of play, however according to outspoken fitness coach Raymond Verheijen and Liverpool legend Graeme Souness, this strength could equally be a weakness too.

Both have said Klopp’s style of play has led to an increase in Liverpool’s injuries. Verheijen, who has also criticised Arsene Wenger and Louis Van Gaal’s training methods in the past, predicted last month that Liverpool would suffer with these injuries.

The current injury-crisis has forced Klopp to rethink his transfer plans for this January. With the signing of Marko Grujic expected to be formally announced soon, Klopp may look to add another body – given that Midfielder Lucas was deployed as an emergency centre-back after Dejan Lovren’s withdrawal.

According to Sky Sports Klopp said:

“In this situation with no centre-backs fit, I would say [a transfer] is something we could look at.

“Two weeks ago we had three centre-backs, that’s a good situation, at the start of the season we had five, now we have none.”

Much like Arsene Wenger, injuries appear to have forced Klopp’s hand, and with Friday night’s FA Cup game with Exeter fast approaching and with both Arsenal and Manchester City games both on the horizon – there will be testing times for Klopp and his injury-hit squad.

Let us know where you think Jurgen Klopp should add to his injury-hit squad in our poll below.