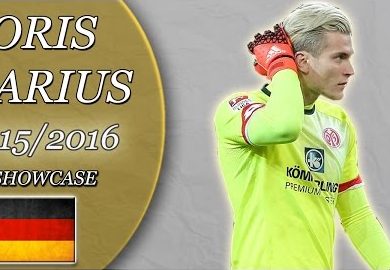 Mainz goalkeeper Loris Karius is set to sign for Liverpool after arriving at Anfield for a medical, according to the Liverpool Echo.

Karius is a former Germany Under-21 goalkeeper and has impressed at Mainz over the last four seasons with impressive performances between the sticks.

Liverpool manager Jurgen Klopp will sign his compatriot after the club met Mainz’s release clause for Karius with the fee believed to be around £4.7m.

Karius is in Liverpool for a medical ahead of his £4.7m transfer from Mainz 05. pic.twitter.com/u9HcatbHlk

Loris Karius is said to be spending a few days in the city and will provide competition to current number one goalkeeper Simon Mignolet next season.

However Karius could miss the opening three weeks of the Premier League season, because he is expected to be in Germany’s squad for the Olympic Games in Rio this summer.

This will be Jurgen Klopp’s third signing following the acquisition of Joel Matip and Marko Grujic in January.