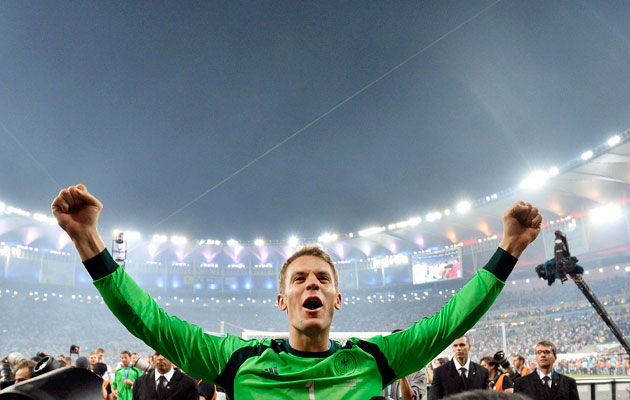 Bayern Munich have confirmed that goalkeeper Manuel Neuer has signed a new contract with the club until 2021.

Neuer has been an influential figure in the Bayern team with his fantastic goalkeeping abilities, leadership qualities; and he also has fantastic footwork too – he is like a hybrid between a sweeper and a goalkeeper.

NEUER EXTENDS!!! @Manuel_Neuer has signed a new 5-year-deal at #FCBayern, keeping him at the club until 2021! #MiaSanMia

Bild reports that his new deal will see him earn a similar amount to teammate Thomas Muller, who is said to be paid €15 million a year including bonuses.

Neuer has a catalogue of trophies with Bayern since his big money move from Schalke. He has amassed titles which includes, three Bundesliga titles and the Champions League in 2013.

He joins a host of other stars to have penned a new deal including – Javi Martinez, Jerome Boateng, and David Alaba.

Striker Robert Lewandowski is still in negotiations with the club, while Mario Gotze may join former manager Jurgen Klopp at Liverpool in the summer.