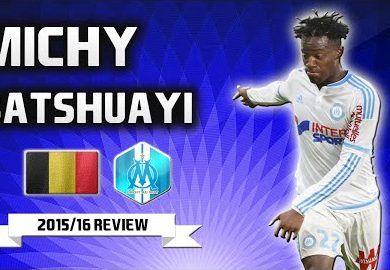 Tottenham Hotspur and West Ham have been put on red alert following the announcement from Marseille that talented Belgium forward Michy Batshuayi is set to leave the club in the summer.

The 22-year-old has been in impressive form this season for Marseille. He is the club’s top scorer this season with 22 goals, and Thursday he was called up to Belgium’s talent squad for Euro 2016.

Marseille coach Franck Passi confirmed the news that Batshuayi would be leaving the club, despite signing a new contract in January.

“Everyone knows he’s leaving, I think it’s included in the budget that Michy will probably be transferred this summer,” said Passi.

Passi hinted that the decision may have been financially motivated on the club’s part.

“I talk about football, about the pitch,” he added.

“But I read that you [the press], because you’re the ones writing it, that Michy will leave. But financial questions aren’t for me.”

West Ham co-owner David Sullivan confirmed this week that the club had made a substantial offer for a striker from the French league.

It was widely expected to be Batshuayi or Lyon player Alexandre Lacazette.