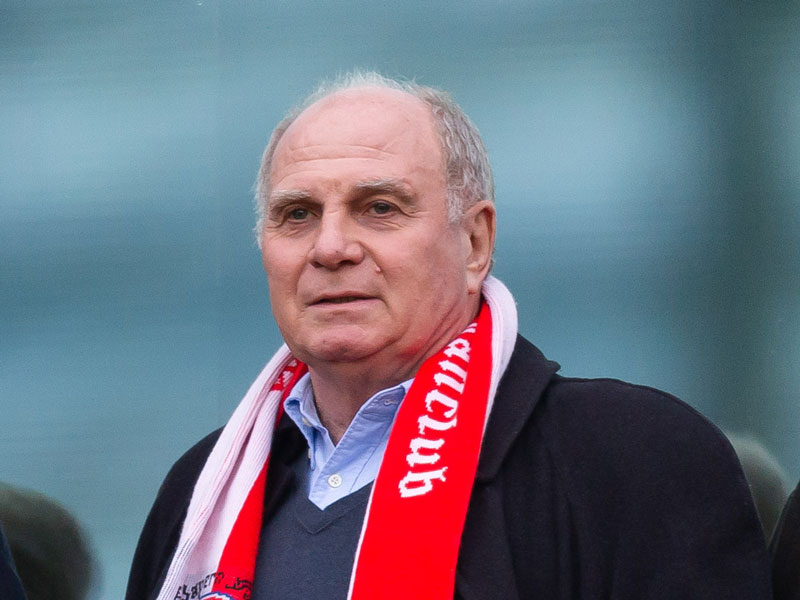 Bayern Munich’s larger-than-life president Uli Hoeness never has been one for bland, non-committal rhetoric. He has a flame-thrower for a tongue and proved as controversial as ever when recently appearing on the football talk show ‘Doppelpass’, on the Sport1 network.

Here was Hoeness at his no holds barred best. A stinging rebuke for top German pundit Didi Hamann after the latter described Bayern striker Robert Lewandowski as a disruptive influence. The outlandish claim that the most important item on the agenda this season was giving long-serving veteran wingers Franck Ribery and Arjen Robben an appropriate send-off. And revealing that iconic ex-goalie and skipper Oliver Kahn was a strong candidate to take over as club chairman from Karl-Heinz Rummenigge in 2021.

Hoeness, now on a stream of consciousness roll, also made heavy hints that the Bavarians would be spending big in the next transfer window. The bullish 67-year-old normally advocates a tight-grip on the shopping purse-strings. But with the Bayern Class of 2018-19 far less omnipotent this term – in real danger of not landing a seventh straight Bundesliga title – Hoeness and company clearly think the time has come to raid the piggy bank.

“If only you knew (the names) we have lined up for next season,” declared Hoeness. “We can’t make announcements right now. Everyone here would go mad and we still have goals to reach in the current campaign. We’ve saved. We’re well prepared for the summer. Our director of sport (Hasan Salihamidzic) has it all under control.”

Happy to let it be known that central defensive reinforcements were a priority, Hoeness insisted he would not be deterred by Hernandez’s steep price-tag, his reported 85 million euro release clause. If he’s good, I’ll pay it,” said Hoeness. “He’s a world champion.”

The ‘old’ Uli used to maintain that mega-deals were not the Bayern way. Has he been converted to the Wolf of Wall Street cause? We’ll find out soon enough.

1. Schalke: back to the drawing board

As was widely-predicted, Schalke director of sport Christian Heidel has opted to step down at the end of the season, a full 12 months before the end of his contract. The man behind Mainz’s remarkable transformation from second tier no-hopers to respected Bundesliga outfit, Heidel, now in his third year with the Royal Blues,    looked to be on solid ground after the Gelsenkirchener secured a surprise runners-up spot in last season’s Bundesliga. But quickly fell from grace, his fate sealed by a string of transfer busts and his side’s disastrous domestic league form.

Hoffenheim, whose mightily impressive young coach Julian Nagelsmann is to take over at RB Leipzig in the summer, are thought to want to fill the technical area vacancy with Salzburg boss Marco Rose. One of the most astute young coaches in Europe, the 42-year-old Rose also is being pursued by a couple of other Bundesliga clubs: Wolfsburg and Schalke. Last season, his first in charge at Salzburg, Rose led the red-and-whites to the Austrian league title and the last-four of the Europa League.