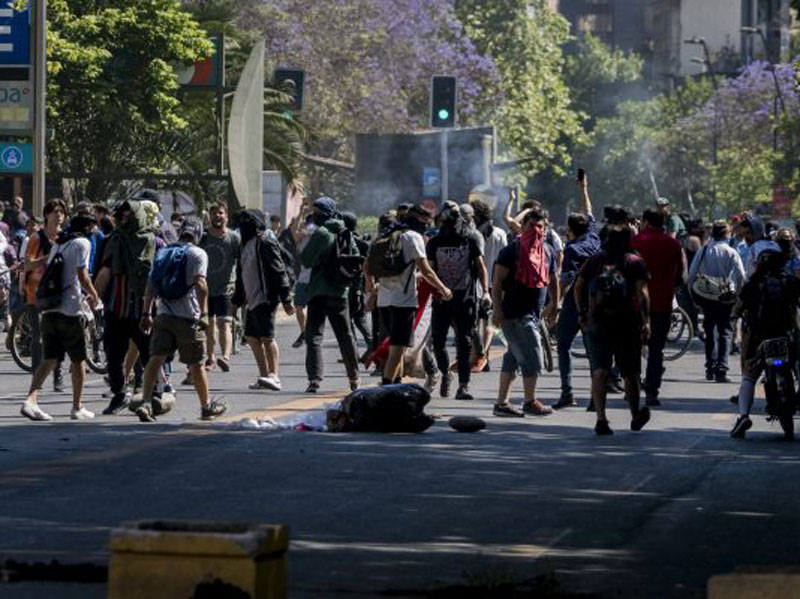 Tim Vickery’s Notes From South America: Copa Libertadores To Be Hosted In Peru

And so it’s off to Lima, the capital of Peru, for the Copa Libertadores final.

The last chance for Santiago, the original venue, melted away when Chile scrapped a friendly they were due to play this Friday. Consensus over an alternative was reached after a 5 hour meeting.  Lima is inconvenient for the fans, who face a long and expensive journey. But it is equally inconvenient. It offers no advantage to either River Plate of Argentina or Flamengo of Brazil.

And after Saturday, the football authorities will be giving thanks for the climate of the Peruvian capital. The new era of the one off, neutral ground finals got underway in Asuncion, Paraguaywith the Copa Sudamericana decider between Colon of Argentina and Ecuador’s Independiente del Valle. The Ecuadorians were worthy 3-1 winners. But the occasion was hampered by a tropical downpour that made the pitch unplayable and forced a stoppage of nearly an hour. This will surely not happen on November 23rd. It almost never rains in Lima.

The two finalists had contrasting fortunes in front of their own fans on Sunday. River Plate lost 1-0 at home to Rosario Central, and lost their place at the top of the Argentine league, which is around the half way point. The Brazilian Championship, meanwhile, is in the home straight – and Flamengo moved closer to the title when they came from behind in the Maracana to beat Bahia 3-1. They are ten points clear. Assuming they beat Vasco da Gama on Wednesday, and then Gremio on Sunday, then if Palmeiras fail to win at Bahia, Flamengo will travel to Lima as Brazilian Champions.

But if the Rio de Janeiro giants have opportunity within their grasp in the next few days, there are also dangers. River Plate have just one more match before the Libertadores showdown, a midweek Argentine cup tie against Estudiantes. Flamengo, as we have seen, have two. They will have less time to rest – and more need for recuperation.

Neither of their opponents will make things easy.  Vasco are Flamengo’s fiercest local rivals, and so a blood and thunder derby is in prospect.  And then they make the trip south to face Gremio – a fine side and a proud one, and a team still smarting from the 5-0 mauling they were handed in the semi finals of the Libertadores.  Gremio will be gunning for revenge.  Playing these two games will take its toll on tired limbs.

Flamengo’s fear, then, is that in Lima River Plate will be the fresher side. This is heightened by the reluctance of Flamengo to rest players. There is a consensus in Brazil that the crowded calendar and the amount of travelling involved make it very hard to play the first choice team in both league and cup matches. Jorge Jesus, Flamengo’s Portuguese coach, appears not to agree. Before the Libertadores semi finals, the other three clubs all fielded reserve sides for their league games. But not Flamengo. Veteran full backs Rafinha and Filipe Luis are given the occasional breather. But the standard policy to attack at full strength on all fronts.

It will, then, be fascinating to see what Flamengo do for these next two league games. They are aware that River have more time to rest, and that their own league title is almost in the bag. So will they keep fielding the first eleven? Or will they save the stars for Lima?