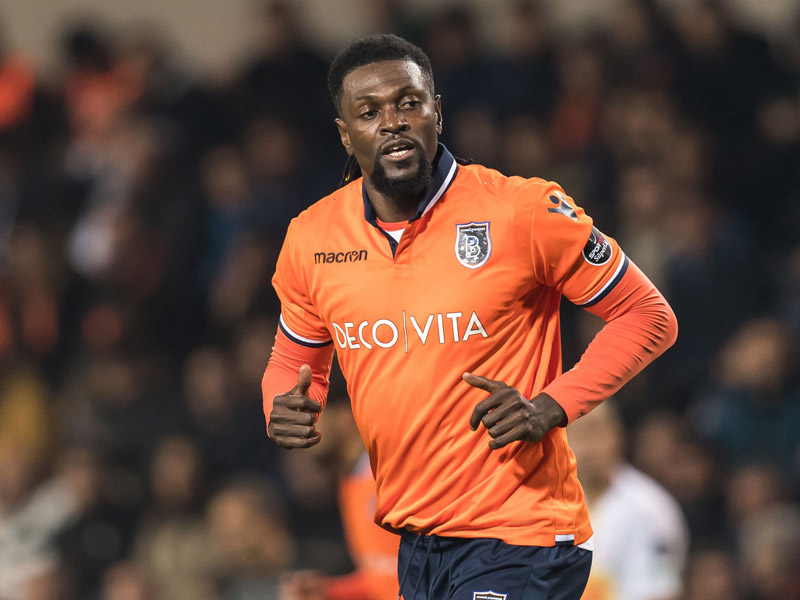 Keisuke Honda was greeted like the messiah by Botafogo fans when he joined the Brazilian club a couple of weeks ago. At least two thousand went to Rio de Janeiro airport to welcome the veteran Japanese international, and there were more than six times as many in the stadium the next day to witness his presentation.

A similar hubbub was seen in Paraguay last week when Emmanuel Adebayor flew in to sign for local giants Olimpia. Domestic Paraguayan football is emphatically unaccustomed to receiving this type of global star, and he too had a sizeable welcoming committee at the airport.

There is an easy quip to be made with Adebayor. The Togo striker’s career has included spells at Arsenal, Real Madrid and Tottenham. Next week he will be 36 – but Olimpia have signed him to be the junior partner in their attacking double act. Main man Roque Santa Cruz is 38.

But there is no joke. This is potentially a serious move.

The scenes surrounding Honda in Rio are at least partially rooted in desperation. Botafogo boasted some of the greatest name sin Brazilian football, key players in the World Cup wins of 1958, 62 and 70. But the fan base is relatively small – especially in comparison to local titans Flamengo, who are sweeping all before them. Drowning in debt, Botafogo can only look on enviously. In the current century they have spent time in the second division and at their best have tended to be organized rather than inspired. Signing Honda is a chance for the fans to revel in their own history, and a magnet to attract international attention and, possibly, international investors – the club is studying a transformation into becoming a business, and money from abroad is seen as the great savior. On the field, for all of his undoubted left footed quality, Honda would seem to be in decline. Last year he struggled to get a game in the Dutch league with Vitesse Arnhem. He will surely have his moments. But few are dreaming that he will be leading the team to major titles.

With Adebayor the situation is a little different. True, he fell out with his last club in Turkey. But he has remained a consistent goalscorer. And he is joining a club that are in the hunt for silverware. Paraguay holds two separate championships a year. Olimpia have won the last four. And their sights are set higher.

Next month the group phase of the Copa Libertadores kicks off. Olimpia have won it three times – a magnificent achievement which allows them the right to glory in the nickname of ‘the cup kings.’ They want to be crowned again.

Paraguayan clubs consistently punch well above their weight in the Libertadores. Last week in the qualifying round Guarani, at best the fourth biggest club in the country, eliminated Corinthians of Sao Paulo, the biggest club from the biggest city in South America. Last year all three Paraguayan representatives made it out of the group phase of the Libertadores. Olimpia were among them. This year they intend to do even better.

Santa Cruz remains a class act, and has been in some of the best form of his long career. As well as Adebayor, national team winger Derlis Gonzalez has been brought on board, as well as classy Argentine central midfielder Nico Domingo.

Their Libertadores group is not one of the trickiest; Delfin of Ecuador are still finding their feet at this level, Argentina’s Defensa y Justicia have had a turbulent start to the year, with coach Mariano Soso resigning in protest at player sales. And Santos of Brazil are currently a low budget version of a great name. Olimpia will aim to qualify from the group – and then, in a knock out competition, they will back themselves to launch a challenge.

And so if Keisuke Honda has been signed in desperation, Emmanuel Adebayor’s arrival in South America is an indicator of ambition. The last few years of the Libertadores have been dominated by Brazil and Argentina. The man from Togo hopes to put a stop to that.