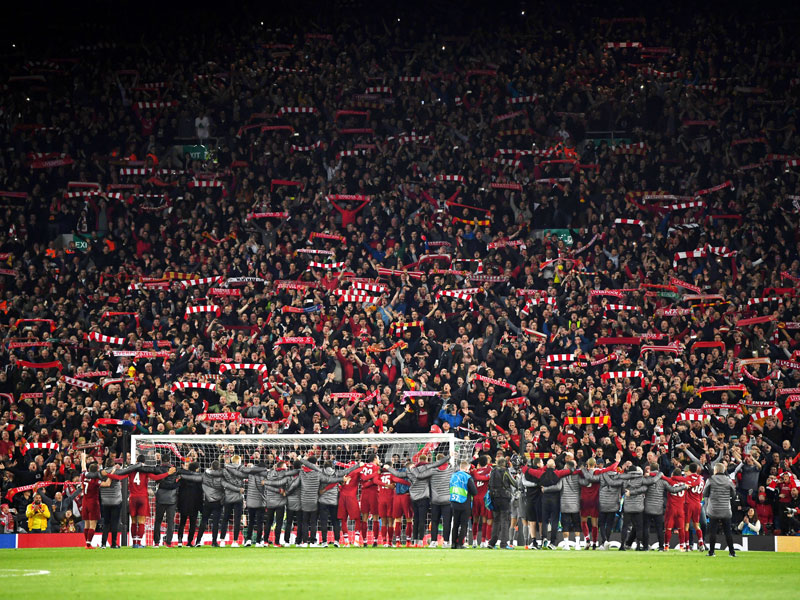 English clubs surpassed themselves in the concluding stages of the various European competitions, showing an immense capacity to come from behind when all might have seemed lost. Who would rationally have given much chance of recovery and surviva to Liverpool after their heavy defeat in Barcelona and even if the 3-0 margin may have seemed a trifle unfair to them? But come back they so impressively would.

Tottenham Hotspur against Ajax in Amsterdam did not even have the advantage of a home game to encourage them added to which they even fell badly behind. But seemingly inspired by an impassioned harangue from their injured skipper Harry Kane at half-time, recover and prevail they did.

In the lesser competition, Arsenal surpassed themselves after shaky home form by winning both at home and away, prevailing away to far from negligible Valencia with form based largely on penetrative attack, bringing off an admirable double. Valencia were hardly a push over.

The magnitude of Liverpool’s splendid victory at Anfield was exceptional, and it was achieved without their star attackers. Liverpool showed admirable guile for their decisive goal at Anfield. The young and highly promising right-back Trent Alexander-Arnold seemed to walk away from taking a corner, then suddenly dashed back, possibly putting the opposing defence on the wrong foot. In any event the alert Divock Origi snapped up his opportunity and Liverpool qualified. This despite the presence against them of the famed Messi.

The electric pace and crisp finishing of the Brazilian Lucas Moura were more than Ajax could handle. He scored three times and Tottenham against all probability were home and dry. Or away and dry if you prefer.

Chelsea will meet Arsenal ludicrously enough in Baku, an inaccessible venue which would deter the hardiest of travelling fans. The Gunners have firepower in their attack and made a much better job of qualifying than Chelsea who needed to go to penalties at Stamford Bridge to prevail against Eintracht Frankfurt. Kepa may have much earlier blotted his copybook at Wembley when he refused to be substituted but it was his saves in the shootout which enable Chelsea to break through.