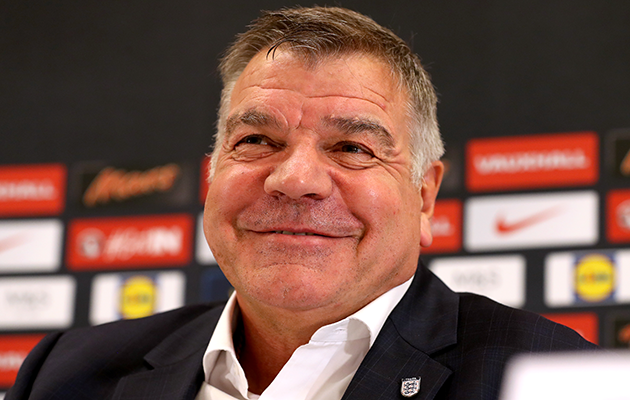 The Football Association is to investigate allegations Sam Allardyce exploited his position as England manager to negotiate a £400,000 deal and offer advice on how to “get around” rules on player transfers.

The Telegraph newspaper recorded footage taken by two undercover reporters claiming to represent a Far East firm during which the England boss appears to tell them that third-party ownership rules can be circumvented.

The FA will meet on Tuesday morning when new chairman Greg Clarke and chief executive Martin Glenn must decide whether to take the matter further.

The former Sunderland boss has been in charge for just one game – a last gasp 1-0 victory over Slovakia.

“I want all the facts, to hear everything from everyone and make a judgement about what to do,” Clarke told The Times.

“Natural justice requires us to get to the bottom of the issues before we make any decision. It is not appropriate to pre-judge the issue. With things like this you have to take a deep breath.”

During the meeting with the businessmen, who were undercover reporters, it is alleged Allardyce said it was “not a problem” to bypass the rules and he knew of agents who were “doing it all the time”.

It is further alleged by the paper that the England boss struck a deal worth £400,000 to represent the company to Far East investors and to speak at events. Allardyce tells the reporters that any arrangement would have to be cleared first by the FA.

Third-party ownership, in which investment companies take a stake in the economic rights of players, was banned by Fifa in May last year.

Allardyce attended the meeting with the fictitious businessmen in London along with his agent, Mark Curtis, and his financial adviser, Shane Moloney.

In the Telegraph recording, Allardyce also refers to predecessor Hodgson, as “Woy”, referencing his speech impediment.

Allardyce succeeded Hodgson, who quit after England were knocked out of Euro 2016 in the last 16 by Iceland.