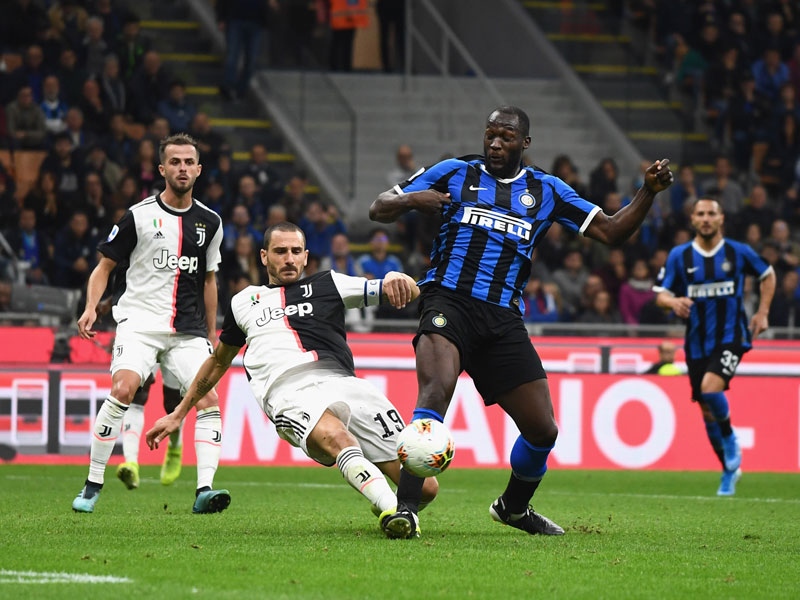 Italian football swung back into action on this Epiphany weekend with a series of results which looked ominously familiar. Essentially, the top three clubs, Inter, Juventus and Lazio started the new year with wins which confirm that this year’s title race is a three way contest between them.

Lazio, who beat Juventus twice before Christmas, in Serie A and in the SuperCoppa in Riyad, opened the dance away to Brescia, with a late winner from striker Ciro Immobile, leading goalscorer with 19 goals. 24 hours later, champions Juventus steamrollered their way past Cagliari to win 4-0, with three of their goals scored by that Ronaldo fellow.

Finally in the last game of the weekend on Monday night, Inter gave a highly impressive performance to defeat Napoli 3-1 in Naples, with their utterly dynamic strike force of Argentine Lautaro Martinez and Belgian Romelu Lukaku (2) getting the goals. Inter and Juventus remain joint top on 45 points, six clear of third-placed Lazio who, however, have a game in hand. Fourth placed Roma are next, fully ten points behind the joint leaders.

And talk of Roma brings us to one of the most interesting developments over the holiday period, namely confirmation that Roma is about to change ownership. To be fair, when the club issued a communiqé on December 30th, confirming that the current owners, AS Roma Spv Llc, led by Boston based businessman James Pallotta, were about to conclude a sale to fellow American, Texan billionaire, Dan Friedkin, it was hardly a surprise.

Last November, in the face of widespread media speculation, the stock market quoted club had come under pressure from the bourse regulators to clarify their situation. In response, Roma issued a statement admitting that “contacts” were ongoing with “potential investors”. In truth, media reports suggested that there was really only one serious potential investor, namely Mr. Friedkin.

As we write, the deal has not been signed, sealed and delivered but sources close to the club are convinced that this all-American exchange will go through. For some while now, especially in the wake of a five year long failure to get a new club stadium built in the Eternal City, Mr. Pallotta has seemed understandably disenchanted with his club.

Right now, it is hard to argue that this has been a brilliant investment for him and his partners. According to financial affairs magazine, Calcio Finanza, since Pallotta and Thomas Di Benedetto splashed out €48.3 million euro to buy the club back in 2011, Pallotta’s overall investment in the club could amount to €260 million euro.

However, media reports suggest that Dan Friedkin will pay approx. €780 million euro for an 82% holding in the club, a purchase price which may guarantee some sort of economic return to Pallotta and associates. What is absolutely clear is that, on the footballing front, the US-led Roma has little to show for the last nine years, a period when they have won no titles and no Cups. Their best results were three second place Serie A finishes behind Juventus and a Champions League semi-final loss to Liverpool two years ago.

So will another US billionaire do any better? As the owner of Gulf States Toyota, a company which sold $9 billion dollars worth of Toyota vehicles in 2018 and which has exclusive Toyota distribution rights in Texas, Arkansas, Louisiana, Mississippi and Oklahoma, 54-year-old Mr. Friedkin is rated by Forbes as having a personal net worth of $4.3 billion dollars.   Which means that if he were to get excited about Roma, then he could afford to  splash out.

As of now, we know little of his plans. One intriguing possibility is that the club may now change of policy, opting to hold on to its brightest talents. In contrast, under the Pallotta husbandry, Roma regularly sold off its best players to try to balance the books. Bosnian midfielder Miralem Pjanic to Juventus, Egyptian striker Mohamed Salah and Brazilian goalkeeper Allison to Liverpool are just three such gold carat, class players offloaded, essentially for budgetary reasons. Will the arrival of Mr. Friedkin see a change in this policy, with the club opting to hold onto to a player like immensely talented 20-year-old Nicola Zaniolo, arguably the brightest new talent in the Italian firmament?

The change of Roma ownership coincides with the news that, after six injury interrupted months at Boca Juniors in Argentina, former Roma icon, 36-year-old Daniele De Rossi, has had to accept the inevitable and end his playing career. Which, of course, has prompted commentators to predict that he might form an important part of the new Roma management set-up.

On the pitch, the New Year hardly got off to a positive start for Roma who lost 0-2 to Torino last weekend, thus ending a five match unbeaten run. Italy striker Andrea Belotti did the damage against a disappointing  Roma.

The other major news concerns the return of 38-year-old Swedish star, Zlatan Ibrahimovic, to Italian football, moving from LA Galaxy to AC Milan. It is nine years since the Swede helped the club win their last Serie A title. To some extent it says much about AC Milan’s declining powers, economically and on the pitch, that they are looking to a 38-year-old former glory to help resurrect their season.

Ibrahimovic, who has signed a six month contract, came on as a second-half substitute in Monday’s 0-0 home draw with Sampdoria, looking at least useful as he took two good header chances, both saved. The sceptics will say that he is too old to have any serious impact on today’s Serie A. Yet, they could be proved wrong, given that his experience, drive and charisma could provide a useful compass for a side that has looked short on identity and personality this season.

Time will tell. In the meantime, a belated Buon Anno to everyone.