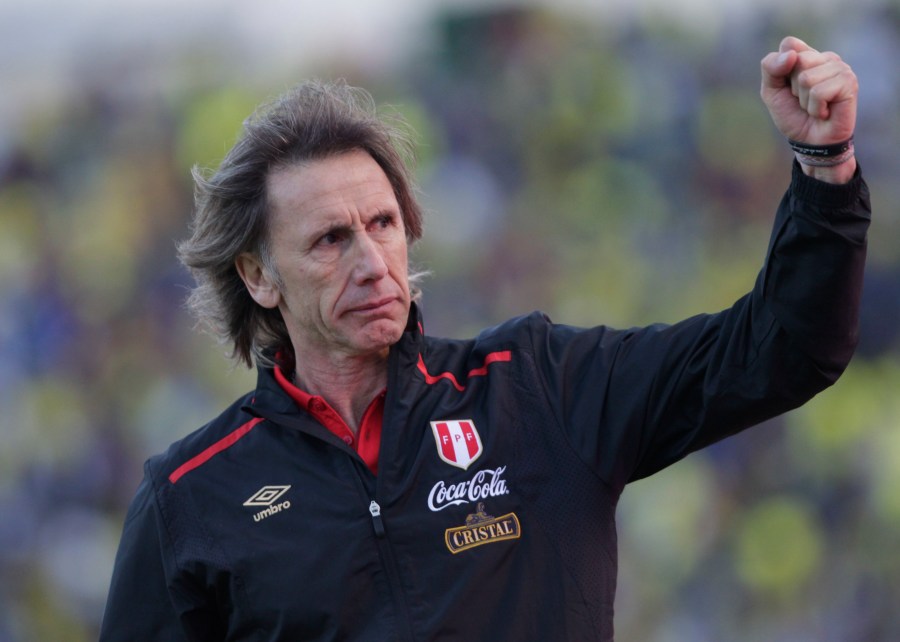 On June 1st 2004 a young Jefferson Farfan was on the scoresheet as Peru beat Uruguay 3-1 in Montevideo’s legendary Centenario stadium.

Peru then had a long, long wait for their next away win in World Cup qualification – a surprise 4-1 drubbing of Paraguay on November 10th 2016.

In between those two wins, Peru’s record on the road in qualification reads like something from the chamber of horrors – two draws, 26 defeats, 14 goals scored and 70 conceded.

This appalling run of away results over the course of more than a decade is the principal reason that Peru for so long did not come close to making it to a World Cup. Their home record over the same period is respectable – 11 wins, 11 draws, 6 defeats.

True, it is hardly the record of world beaters, but it is not bad.  It shows how far the team were operating below their potential, and it also shines a light on a key problem – a lack of mental strength.

There are no hidden advantages in Peru’s home form. Lima, their base, is at sea level. Altitude, then, is not a factor, and neither is extreme temperature. A team well capable of holding its own at home should not be such a push over on its travels. But, time and time again, the Peruvians collapsed after conceding the first goal, accepting defeat as an inevitability. And with every defeat came the clamour for changes, and the development of a toxic atmosphere back at home, with the team, and sometimes the nation, seen as perpetual losers.

Yet now there is a spring in the Peruvian stride as they prepare for their first World Cup since 1982.  Recent wins over Croatia and Iceland have set confidence soaring, and the team have now gone 12 games unbeaten, equalling Peru’s all time record. And four of those matches were crunch World Cup qualifiers played away from home – a 2-2 draw with Venezuela, a 2-1 win over Ecuador and goalless draws against Argentina and New Zealand. The team that once made a habit of collapsing like an old man into a deck-chair is now standing up straight and proud.

One was a stroke of luck. The penultimate game in that dismal away run was a 2-0 defeat to Bolivia.  But the opposition were later adjudged to have infringed the rules by brining on an ineligible player for the last few minutes. The match was awarded 3-0 to Peru.

Without those extra points and goals, Peru would not have made it through to the play off against New Zealand. But the good fortune only tipped the balance because Peru proved themselves worthy of it – and that, in large part, is down to Argentinian coach Ricardo Gareca.

More than anything else, Gareca has brought calm to a troubled environment. He identified a promising group of young players and held firm while results were disappointing, He had seem enough to have faith that with time and temperance things would improve. And he has been rewarded, not only with World Cup qualification, but also with the confident way his players stroked the ball around in the recent friendlies. Former great Teofilo Cubillas said that it reminded him of Barcelona – which may have been going too far, but at least exemplifies the new mood surrounding the team and its chances.

Gareca now has another vital piece of psychological work ahead of him. Some Latin American teams in this situation – either their first World Cup of their first in a generation – have found the competition a little too much. Ecuador in their 2002 debut, and Honduras in 2010 demonstrated similar symptoms. Under the extra pressures of being in the global spotlight they froze. The action seemed to pass them by, and they were unable to produce anything like their true football until the third group game, by which time it was too late.

This is a risk that Peru clearly face. Making it back to the World Cup for the first time in 36 years is a huge achievement – maybe even too important, too much to cope with. And the way the fixtures were drawn leaves little time for settling in. Peru’s second game is against France – where any points gained would be a bonus. And so to keep them in contention by the time they face Australia in the third game, they must not lose to Denmark in the opener.

After waiting so long to get back to the World Cup, Peru will have to come out of the blocks quickly.