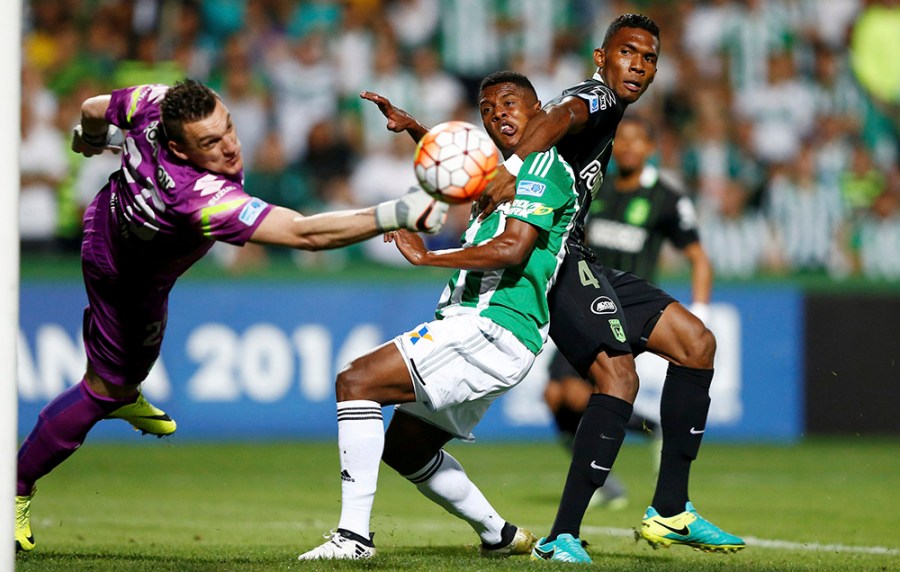 World Cup squads are usually composed of two players for every position – and three goalkeepers. The third keeper, then, is often a glorified tourist, the player least likely to see action.

But in the case of Argentina, recent results have left the current situation very confused – and the fight to be the third keeper could even end up having an effect on the first team.

The country’s long term keeper is Sergio Romero. Promoted from the side that won the World Under-20 title in 2007, he became first choice in the build up to South Africa 2010, and has been there ever since. Closing in on a century of international appearances, he is Argentina’s most capped keeper. But he has spent much of his club career on the bench, and his lack of game time at Manchester United is a cause for concern.

The normal back up is Nahuel Guzman of Tigres in Mexico. But he has been given very few opportunities; part of the Argentina squad for three and a half years, he has played just six times, all of them in friendlies. And in the era of coach Jorge Sampaoli his only action was as a privileged spectator in a 6-0 win over Singapore.

Since then, Sampaoli has given priority to having a look at other keepers. Agustin Marchesin (America of Mexico) played in last November’s match against Nigeria – and did himself no favours. Argentina’s defence collapsed in the second half, and Marchesin collapsed along with it. A 2-0 lead turned into a 4-2 defeat – which became all the more worrying a few days later when Argentina and Nigeria were (yet again) drawn in the same World Cup group.

The recent friendlies were used to try out Willy Caballero of Chelsea. He performed well in the 2-0 win against Italy, making several important saves. A few days later as he took his place on the bench for the game against Spain, Caballero could have been forgiven for believing that he had done enough to win a place on the plane.

But then Romero was injured conceding Spain’s first goal, and Caballero came on. He made no saves, was beaten five times and took some poor decisions. Argentina limped away from a 6-1 thrashing with everything in a state of flux, including the goalkeeping position.

Spice has been added to the sauce by the emergence of a new challenger. Franco Armani spent seven years with Colombian giants Atletico Nacional, and spent the last five of them as undisputed first choice in a highly successful side. Colombia were interested in naturalising him. But at the start of this year, at the age of 31, Armani moved back home to join River Plate. He had half an eye on crashing his way into the Argentina World Cup squad. Moving to a club the size of River would certainly give him a platform.

And, in the run up to Russia, things could hardly be going better. River’s suspect defence is giving him plenty of chances to shine. He is hardly the world’s most elegant example of Armani, but he is a formidable barrier, looming large and filling his goal.

On Sunday he was in top form as River dug deep to win 2-0 away to Racing. Sampaoli was at the stadium, and had to put up with the home fans calling for a World Cup call up for the new sensation, centre forward Lautaro Martinez. But Armani stole the plaudits with a succession of fine saves. The sports daily ‘Ole!’ described him as “a keeper who wins matches.”

But is he doing enough to win a late call up from Sampaoli? Is Argentina’s coach now thinking of including Romero, Guzman and Armani? And might the trio come in a different order?