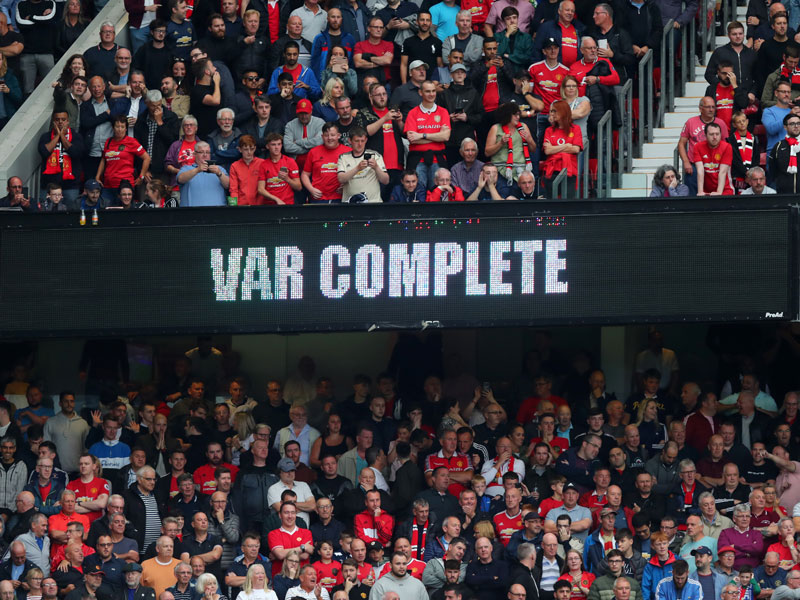 The customary dramas of the opening day of the Premier League were inevitably overshadowed by the radical introduction of the VAR system. By and large it should surely be a big advantage in reaching correct decisions. But as that accomplished commentator Martin Samuel opined, it can have its ambiguities.

Samuel gave as a notable example the penalty taken at West Ham United by Sergio Aguero of Manchester City. It was widely assumed by experts and fans in the stadium that the Hammers goalkeeper Lukasz Fabianski has come off his line. And saved the shot in consequence. Not so. It ultimately transpired that the culprit had in fact been above all Hammers’ Declan Rice, who had encroached into the box. Samuel points out that City players were encroaching too.

Just after half-time City had what would have been their third goal disallowed. The mere width of Raheem Sterling’s shoulder had put him offside as the new system showed. That brought West Ham briefly but vigorously back into a game they might even, despite the ultimate score, have saved.

Only a fine double save by the visiting keeper Emerson prevented them from scoring. After which City, with Sterling a hat-trick scorer in majestic form, cruised away to a humiliating 5-0 win.

Still the City manager Pep Guardiola was not wholly satisfied. “The first ten or fifteen minutes was not really good,” he said afterwards. “They didn’t finish actions and were caught on the counter attack.”

The excellence on the day of Riyad Mahrez is another indicator that City will be hard to deprive of their title even by a Liverpool team which made a very bright home beginning with a facile win against newly promoted Norwich City. But in the process their Brazilian keeper Alisson Becker suffered a grave injury to his calf as he began to take a goal kick. He could be out of action for as long as eight weeks. And he will be out of action for the incipient European Super Cup game against Chelsea. Albeit a Chelsea team now under the new managership of their former star Frank Lampard. Manchester United’s 4-0 victory was a bleak reminder that they begin the new season under a transfer ban. The loss of Eden Hazard will certainly be badly felt and though they impressed in the opening hour they crumbled badly in the second half.

United’s electric pace was what undid them. Chelsea had no answer to the sheer speed of the United attack.