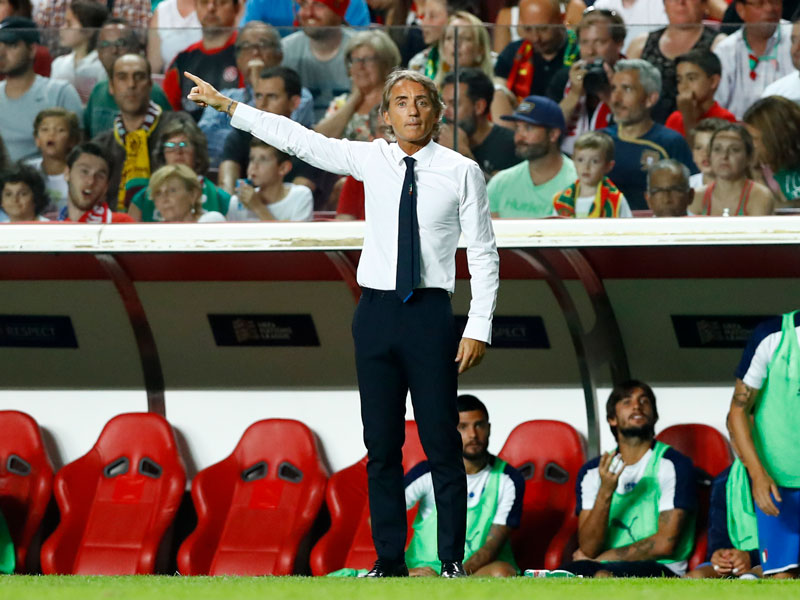 For quite some while now, the experts have been explaining to us how UEFA’s new Nations League competition will essentially replace meaningless, experimental friendlies with real competitive games that matter. Having watched Italy‘s Nations League endeavours over the last weekend, we remain unconvinced.
When a coach changes nine out of eleven players from one game to the next, as Italian coach Roberto Mancini did with the sides which he lined out firstly against Poland and then against Portugal, it makes you wonder. The point is that, call the games Nations League or Aunt Sally’s League Cup or nothing at all, they essentially represented experimental games for a coach like Mancini who is desperately trying to ressurect the Italian phoenix from the ashes of Italy’s World Cup elimination trauma.
The results, a 1-1 home draw with Poland and a 1-0 away defeat to European Champions Portugal, were obviously disappointing. Yet when you use 23 players in two games with a fledgeling squad that has yet to develop its own identity, poor results are a calculated risk.   In the wake of Italy’s defeat in Lisbon, Mancini almost admitted as much, when he suggested that his priority was to put together a side that could qualify for UEFA 2020, not one that would make sterling progress in the Nations League, saying:
“This doesn’t mean that we like to lose, nobody likes to lose but I have got to go my own way. Obviously, we don’t want to be relegated (from Group A to Group B) in the Nations League…but it is clear that, above all, our objective is to qualify for UEFA 2020…
“For that reason, I’ve got to take risks and make the most of these opportunities to give players experience of real (international level) games.   We’ve got to grow (in this way) because it’s obvious that, if a young player does not get experience at the highest level, then he will be out of his depth (in later games)…”
[collection name=”small” accordion=”mobile” excerpt=8]
Italy’s 1-0 defeat by Portugal inevitably prompted much negative comment ranging from “Italy Is Not Awake” (Gazzetta Dello Sport) to “Italy Still Stuck In That World Cup Nightmare” (La Repubblica), to name but just two obvious examples. The defeat by Portugal was rendered all the more unpalatable by two further considerations.
Firstly, Portugal afforded themselves the luxury of resting the iconic CR7, Cristiano Ronaldo, for the game. Yet they still won thanks to a goal from André Silva, a player who had a largely unmemorable season last year with AC Milan during which he scored just two goals.
That scoring record for Milan prompted many Italian critics to conclude, perhaps just a little hastily, that Silva was not really top drawer material with some even branding him a failure in Italian football. In the end, Milan offloaded him this summer to FC Seville, leaving some of us to speculate that the “failure” might be much more the failure of the club and of Italian football than of André Silva. 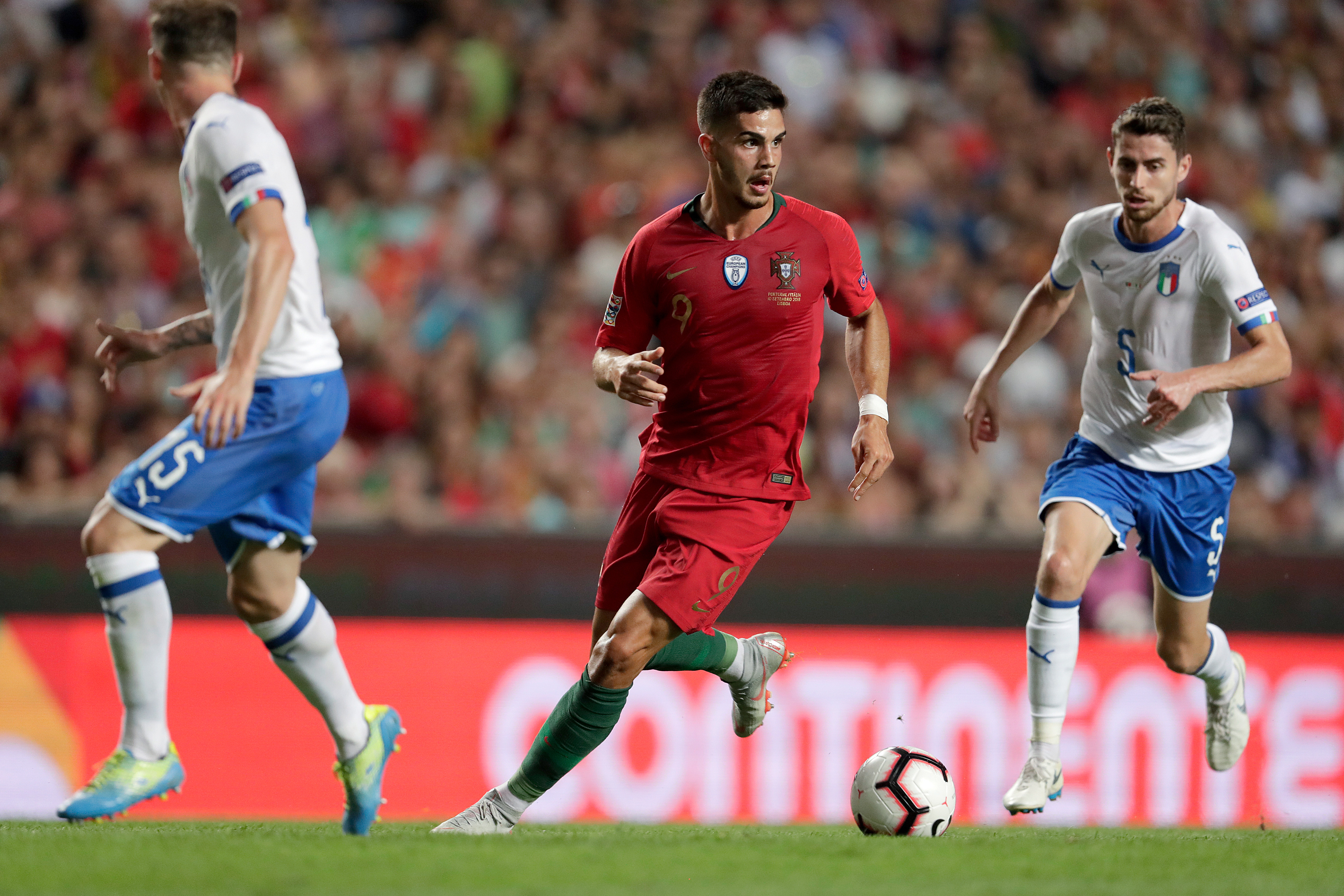 From day one of his stewardship of the Italian team, Mancini has made it clear that he would make space for younger players. During his Nations League ten days, he also proved that he was willing to have a look at anyone who could prove useful to the Italian cause.
All of which meant not only that his teams moved from a basic 4-3-3 against Poland to a bold 4-2-4 against Portugal but also that he threw down just about all the cards in his hand. We had two entirely different back fours – Zappacosta, Bonucci, Chiellini, Biraghi against Poland as opposed to Lazzari, Caldara, Romagnoli, Criscito against Portugal.
Up front, Mancini tried practically all the attacking options that Italian football currently has to offer – Bernardeschi, Balotelli, Insigne, Belotti, Chiesa, Zaza, Berardi, Immobile and Bonaventura. He fielded nine different attackers in the two games without, at this point at least, unearthing any unsung worldbeaters.
Fiorentina’s Federico Chiesa looked highly promising when he came on as a second half substitute against Poland, having a major say in a much improved Italian performance which saw Italy save the result with a 78th minute penalty equaliser, converted by Chelsea playmaker, Jorghino. The same Chiesa, however, proved less effective when fielded in the starting line-up against the admittedly much stonger European Champions in the second game.
September is always a cruel month for Italian football. A number of players such as Balotelli, Belotti, Immobile were clearly some way short of full fitness. Others such as Bonaventura, Zaza and Berardi were unable to convert their manifest willingness to chase, challenge and contribute into anything that came close to real goalscoring chances.
In fairness, none of the strikers were much helped by the intermittent service provided by an Italian midfield run by Jorghino. It is not that the Italo-Brasilian is not a real talent. Much more, he and team mates such as Lorenzo Pellegrini, Bryan Cristante and Roberto Gagliardini have played very few games together. meaning that many basic schemes, movements and mechanisms are obviously not yet instinctively in place.
All of which meant that at the end of the day, Roberto Mancini was forced to sum up his Nations League experience with a classic comment:
“The problem that we’ve got to resolve immediately is goalscoring.  We’ve got to find a solution because in football you only win if you score a goal…”
No coach ever said a truer word.
Don’t forget to follow World Soccer on Facebook and Twitter.