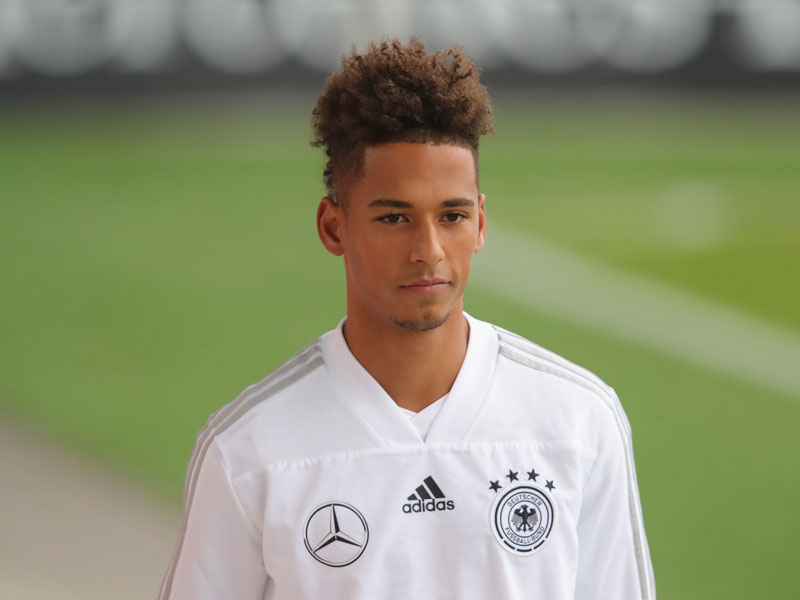 Nick Bidwell’s Notes From Germany: The Rise Of Thilo Kehrer

As recently as the 2015-16 season, Thilo Kehrer was just one of many Schalke B team fledglings striving to make a name for himself in the Regionalliga, the fourth tier of the German game. A little more than two years later, he not only has successfully clambered abroad the pro train; he’s driving one of the locomotives.
The 21-year-old Kehrer, a native of the south-western university town of Tübingen, is now one of the most in vogue centre-backs in Europe, swapping Schalke for Paris Saint-Germain this summer in a 37 million euro deal and recently earning his first call-up to the full German squad.
Schalke, of course, would have loved to retain his power, athleticism, quickness and early warning system brain. But in the end, simply could not say no to the Parisian petro-dollar generosity. Money does not talk at his level as much as ferociously bellow.
“We have responsibility as a business,” explained Schalke sporting director Christian Heidel. “Thilo’s contract expires next year and we had to take into account the economic dimension. We’ve only once before sold a player for more money (the 50 million Manchester City paid for Leroy Sane in 2016) and it’s a record deal for a German defender. We did have a basic agreement in place for Thilo to extend his contract with us. Without the size of the PSG offer, he would have signed it. “
[collection name=”small” accordion=”mobile” excerpt=8]
Not that was Kehrer ever going to turn down a lucrative five-year deal with PSG. At the Parc des Princes he will be earning more than five times his Schalke remuneration, his pay packet increasing from 960,000 euros last term to a cool five million.
The son of a German father and mother from the African state of Burundi, Kehrer is above all a remarkable young player and character. So natural a leader that he has skippered both the Schalke youth team and Germany’s Under 21s and able to slip effortlessly into any number of on-field roles.
Coming through the Schalke youth ranks, he often played as a midfield holder and also saw first-eleven action as a right or left full-back  and on both sides of midfield. While he owes his current ascendancy to his towering performances in central defence, the youngster has indicated that he still sees himself as a positional work in progress. ” My long-term goal is to be a number six, ” he told the Ruhr Nachrichten newspaper last year.
Many are not going to relish the sight of Kehrer in PSG colours. Ligue 1 and Champions League opponents, Schalke fans bereft of their tough-tackling defensive inspiration and last but by no means least, Barcelona executives, who for a long time harboured hopes of bringing him to the Camp Nou.
What We’ve Learned This Week
1. Herrlich teetering ?
One of the most surprising aspects of the new Bundesliga campaign has been the chaotic, pointless start made by Leverkusen. Beaten in their opening two encounters by Gladbach and Wolfsburg, the ‘Werkself’ have cut a shoddy figure indeed, disorganised, lacking intensity and quick to fold when the heat is on. Coach Heiko Herrlich already is under pressure, with the former RB Leipzig boss Ralph Hasenhüttl thought to be waiting in the wings.
2. Trapped no more.
Only the third-choice goalkeeper at Paris Saint-Germain – losing out in the depth chart standings to Gigi Buffon and Alphonse Areola – German international Kevin Trapp has opted for a reverse gear relaunch, moving to former club Eintracht Frankfurt on a single-season loan. The 28-year-old Trapp only started four domestic league games for PSG last term and can count himself fortunate that he still went to Russia 2018 as a Nationalmannschaft back-up.
Don’t forget to follow World Soccer on Facebook and Twitter.