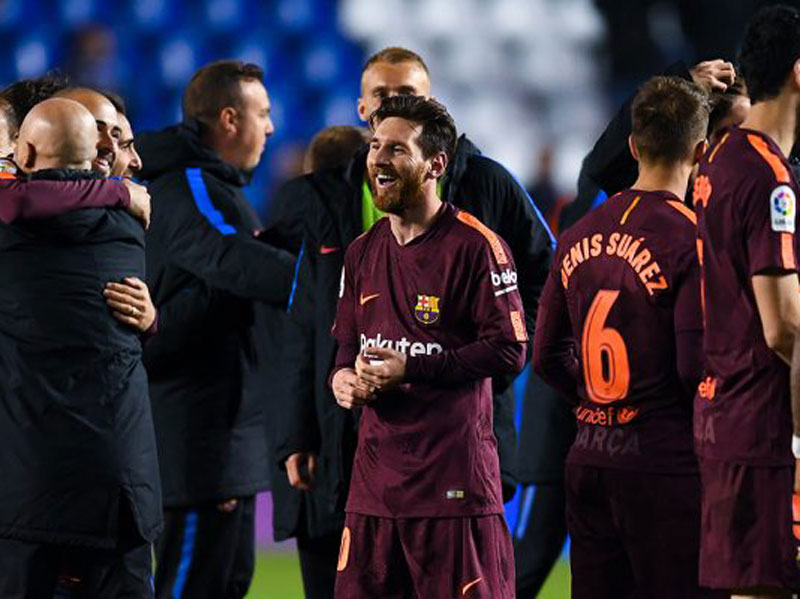 This is the week when Peru hope their captain and star centre forward Paolo Guerrero will be cleared of all charges of doping.  When he failed a drug test last year he was given a year’s ban by FIFA, later reduced to six months. That period is now over. And so even if Guerrero’s appeal to the Court of Arbitration for Sport is unsuccessful, he will be ready to resume his career at the weekend – unless a rival appeal prevails. WADA, the World Anti-Doping Agency, are pushing for the ban to be increased to two years. Guerrero, FIFA and WADA all get their chance to make their case on Thursday.

This, then, is a big week for Peru, as they build for their first World Cup since 1982.  But they seem calm enough. Former great Nol Solano, now on the coaching staff, made a comparison between Peru and another Russia-bound South American side.

“We’re not like the Argentina team,” he said, “where it’s not known which players will go to the World Cup. In our case it is clear.”

With less than 50 days until the tournament, it seems an astonishing observation to make about a rival team. But it is hard to dispute. And it is one which goes some way towards puncturing one of the biggest myths in the contemporary game – that Lionel Messi does not turn on the magic when he plays for his country.

The point is perhaps re-enforced by the highly symbolic hug between Messi and Andres Iniesta after Barcelona clinched another Spanish league title. Amid all the great players to have surrounded Messi over the course of his club career, there has been a solid core, of which, with Iniesta now moving on, Sergio Busquets and Gerard Pique are the last survivors. It is, of course, far easier to perform at a high level when accompanied by this type of player, especially in a context where they play of train together practically every day.

During the club season, international football gets by on scraps – quick breaks in the normal calendar which, for a Europe-based South American, entail lots of time spent on an aeroplane. And when the big international tournaments come round, players are often drained by the burdens of the club campaign. It is hard, then, for performances at international level to compete – especially when one of the golden rules of football is that the individuals shine brightest when the collective balance of the team is right.

And it has been Messi’s misfortune to become a senior international player at the very moment in which Argentina have found it harder to find that collective blend.

The 2006 World Cup and the following year’s Copa America, when a teenage Messi was finding his international feet, were probably the last occasions when Argentina consistently looked like a coherent team. It may well be no co-incidence that these dates mark the end of the Argentina career of centre back Roberto Ayala, a player who has never really been replaced.

This observation also holds true for a number of positions. Once so dominant at Under-20 level, Argentina’s youth sides have been poor for a decade, and this has filtered through to the senior side, especially in defence.

Recent results – the traumatic World Cup qualification campaign, the 4-2 defeat to Nigeria, the 6-1 capitulation to Spain – have brought the problem to wider attention. And in a way, this may serve to take some of the pressure off Messi. A study of the recent fortunes of the Argentina team does not tell the story of an underperforming superstar; instead, he emerges as a mini-Hercules, carrying a troubled collection of players on his back.

Without him it seems patently obvious that Argentina would not even be in Russia.  He missed eight rounds of the qualifying campaign – in which Argentina picked up just seven points.  In the ten rounds he played, 21 were acquired. He scored seven goals. No one else managed more than two. And his absence from the hammerings administered by Nigeria and Spain merely emphasises all the more his importance to the cause.

There is a second significance in that hug with Iniesta. It represents the effective end of his club season. Barcelona have won the domestic title, and for the third consecutive year they have been knocked out of the Champions League at the quarter final stage.

And so in this – the last World Cup in his prime and very possibly his final international tournament – there is the genuine prospect of Messi being fresh enough to do himself justice.

Peru may have their squad worked out. But they are still not sure about their star player.  Argentina, meanwhile, are full of doubts. But at least they trust that their star will be raring to go in Russia.