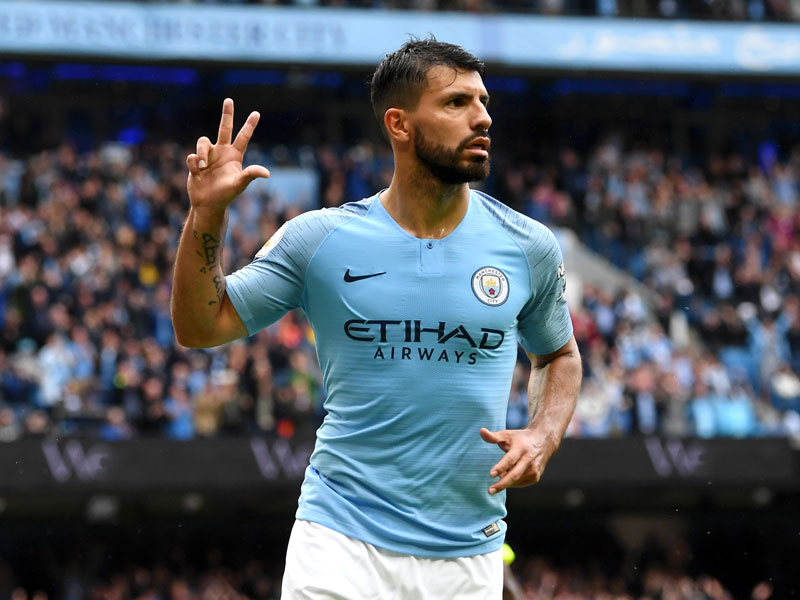 Welcome to our dedicated page for Manchester City striker, Sergio Aguero. We will update it with news on the star regularly, but for now, check out our Talent Scout report on him from November 2007 below.

Aguero started his 2018 season brilliantly scoring a hat-trick against Huddersfield Town. This was his ninth hat-trick which places him two behind Alan Shearer.

Aguero started Argentina’s World Cup campaign off to the perfect start with a goal in the opening 20 minutes against Iceland.

When Sergio Aguero joined Atletico Madrid from Independiente in the summer of 2006, the rojiblancos proudly boasted how they had beaten off the challenge from Liverpool, Bayern Munich and a host of other European clubs to get him.

But £17 million still seemed a lot of money to pay for a kid who had just turned 18, even if he had been the youngest player to appear in the Argentinian League and even if he had been declared yet another new Maradona. A year later, the outlay looked even more excessive. 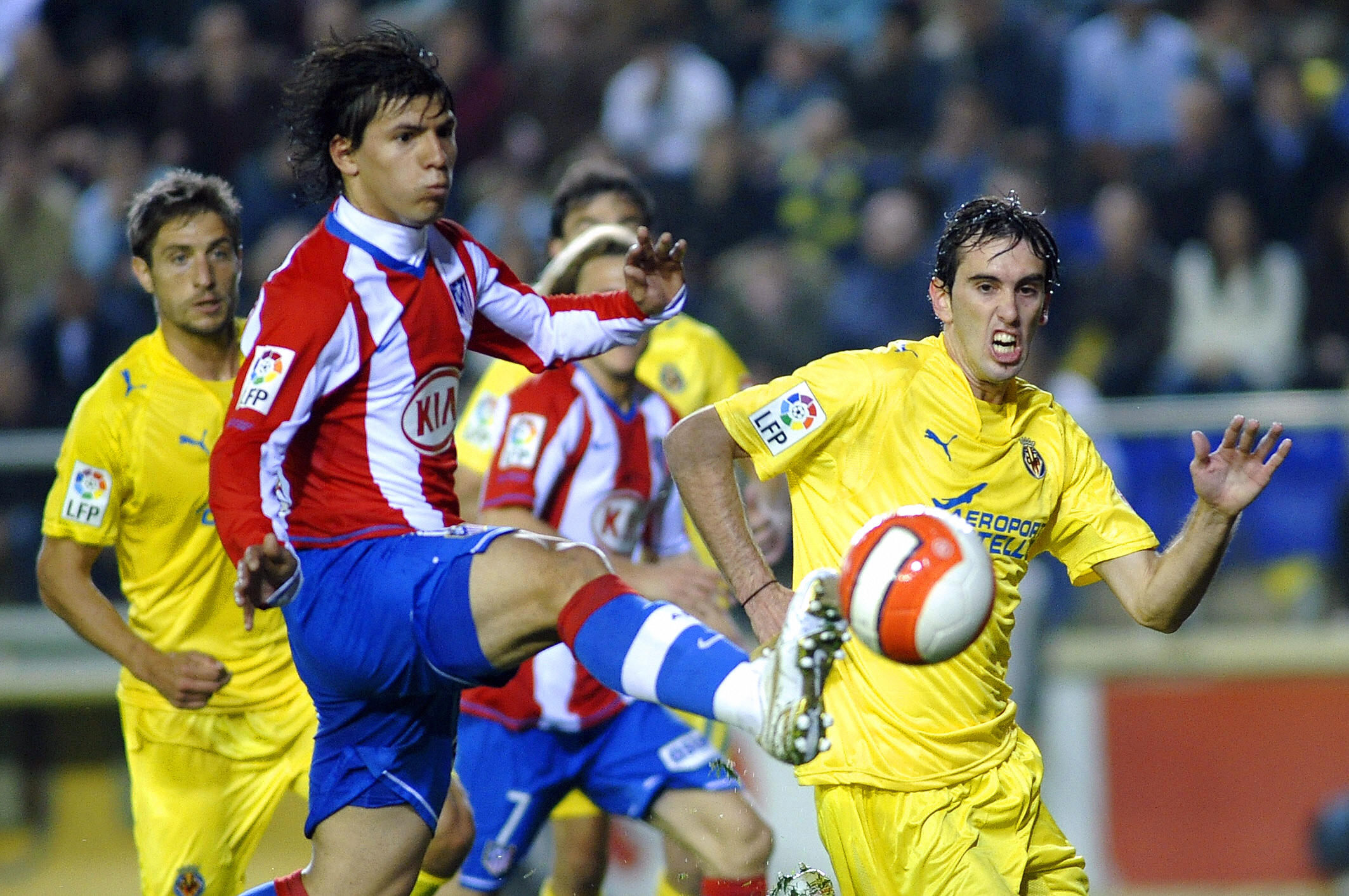 Tough Beginning: Aguero did not live up to the hype early in his career (Getty Images)

Yes, there had been the odd glimpse of Aguero’s talent, but the youngster had not lived up to his billing. There were persistent rumours that he was enjoying the high life, while coach Javier Aguirre seemed unconvinced by him.

Although Aguero played in every single league game, he started over a third of them on the bench, and when he did play there was class but not enough to suggest he was going to be the star of the side. Just six goals, compared to 18 for Independiente the season before, told their own story.

But this season Aguero is different. Fresh from the Under-20 World Cup, when he was named player of the tournament and was top scorer as Argentina won the trophy, he appears more mature, more focused, more settled and no longer in the shadow of club icon Fernando Torres, now with Liverpool. 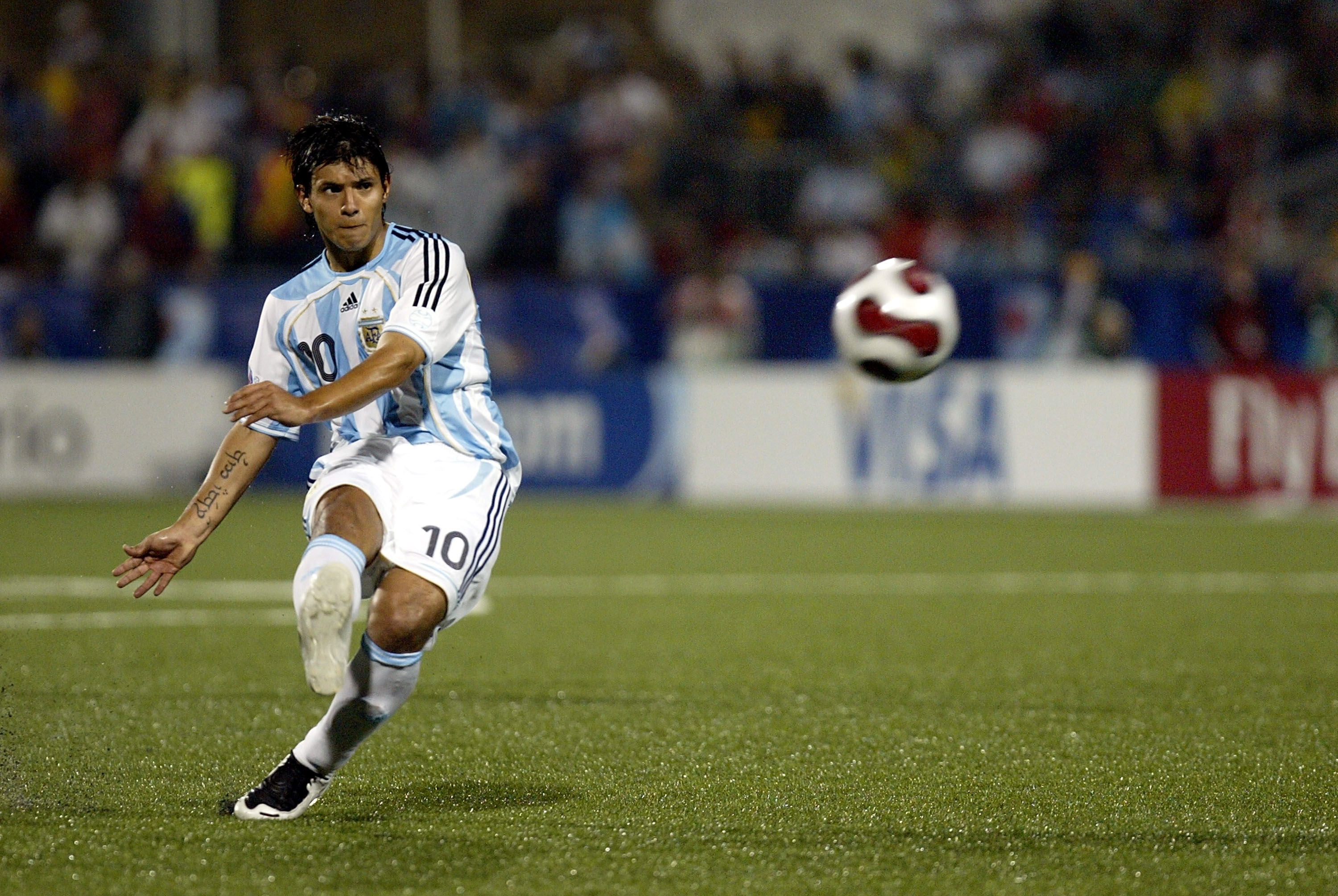 Puma: Aguero has become an important part of the Argentina side, scoring 36 goals in 84 appearances (Getty Images)

Aguero, played alongside new signing Diego Forlan and given the freedom of a central role rather than being shackled to the wings as last season, has been one of La Liga’s outstanding performers in the early weeks. He hit ﬁve goals in the ﬁrst six games and has been the creative fulcrum of a side that could at long last claim a Champions League place.

The talent was always there, but now there is the temperament, too.