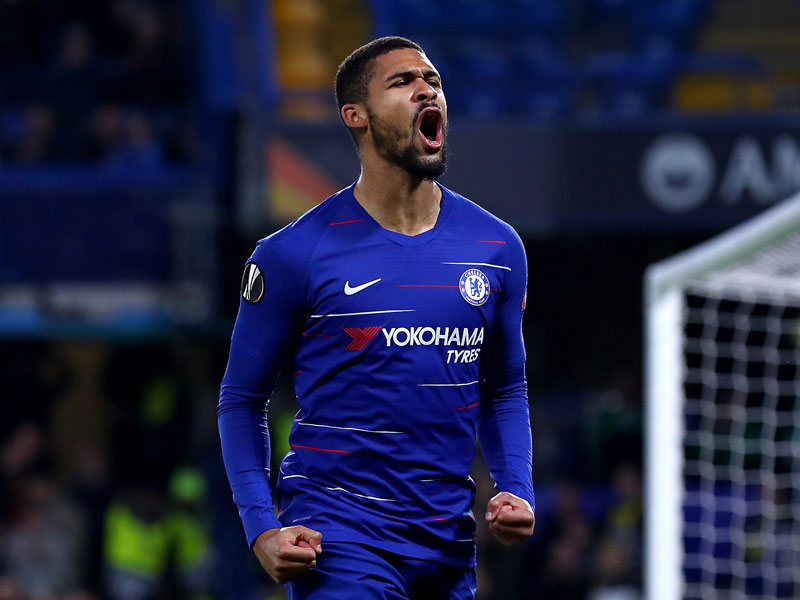 Am embarrassment of riches? Last week in a European game for Chelsea at Stamford Bridge, the 6 foot 3 inch 23-year-old Ruben Loftus-Cheek scored all three of his team’s goals in a 3-1 victory over BATE Borisov. After which no doubt he resigned himself to going back to the bench.

His predicament seems sadly emblematic of the difficulties faced by some of the brightest England players of the moment. Yes he has already played for England in a friendly against Switzerland having got on in the last 10 minutes as a World Cup sub against Tunisia, a full game against Panama when he was the only England player booked, and another full game against Belgium.

Surely an impressive enough international roll call to merit a regular first team place in the Premiership but no. Ironically by that time he had played more minutes in the season for England than for Chelsea.

Last season he was on loan across London to Crystal Palace where, after an unhappy spell out injured, he returned to show impressive form. What a pity he did not stay there on loan or even on a permanent basis this season.

It was no fewer than 922 days since he had since he started a Premiership game for Chelsea. How deeply discouraging for him to hear after that European game his current manager Maurizio Sarri proclaim that he will find it difficult to gain a place in the Premiership team, the demand being that he show improvement: “In the offensive phase wonderful, but he needs to improve his defensive phase. I can play only 11 players [what, no subs?] I know the fans love him and he was in the academy, but my problem remains the same. I have four midfielders for two positions.”

Surely the sooner Loftus-Cheek can get away, either at home or abroad, where many a leading club would surely jump at the chance to sign him, the better. Though he seems content.

Across London Arsenal coach Unai Emery seems to have a superabundance of midfield talent. So much so that they were able to put Mesut Ozil on the bench in Portugal and keep him there while the team without won 1-0. This after a quite outstanding display in the previous game against Leicester City.

This is a midfielder of supreme natural talent but a lack of consistency. At his best, as in his performance against Leicester, he can vividly run the game. On other occasions he can remain peripheral and even uncommitted. He has as we know given up playing for Germany, after he and a fellow Turkish-German met the autocratic Turkish leader. In Germany’s disastrous World Cup, he played in the defeats by Mexico and, colossal humiliation, South Korea.

On form, he has a great deal in flair, imagination and penetration to help materially an Arsenal team which after a shaky beginning, started so impressively well. But they seem perfectly capable of winning without him.

It still baffles me that they are prepared to lose their unfluential Welsh international midfielder Aaron Ramsey.