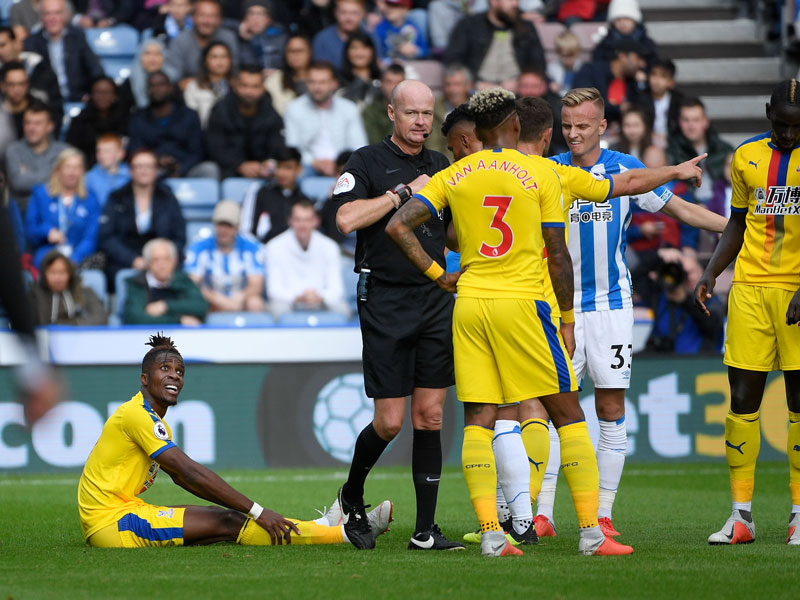 Recently, I was pleading the cause of the Watford striker Troy Deeney as a possible England attacker. Not now. Not after his shameless admission of calculated violence.

He has said, on the BBC radio no less, “You take it in turns kicking him [Crystal Palace‘s gifted winger Wilfried Zaha]. I know no one wants to hear that. You hit him this time, you hit the next time. You don’t have the same player tackle him because you know you’re going to get booked.”

How horrifyingly cynical. And no wonder the splendidly elusive Zaha has demanded more protection from referees. His manager Roy Hodgson, who would never be party to such cynical behaviour, has asked him more or less to calm down. But why should he?

Zaha suffered some dreadful and plainly calculating fouls playing recently against Watford, by Etienne Capoue, one so shocking that it should have led but didn’t to automatic explusion. An outraged Zaha after a similar mauling against Huddersfield Town exclaimed, saying he feared for his safety “I know for a fact [that opponents are out to get him] but I just don’t know what to do any more. Do they need to break my leg before anyone gets a red card?”

The answer surely lies with the referees who clearly are not remotely doing enough to protect maltreated players. Capoue should never have been allowed to stay on the field after raking his boot down the Achilles tendon of the hapless Zaha. In such circumstances the referee surely becomes nothing less than an accessory after the fact. Time for our referees to be given instructions on how violence must be punished.

That estimable fellow Peter Crouch in his newspaper column was surely right to take up the cudgels on behalf of Arsenal‘s Welsh international midfielder Aaron Ramsey, who seems all too likely to leave the Gunners when his contract expires at the end of this season, if he does not move on before.

Already as we know the Gunners have let Jack Wilshere leave them for nothing, to move to West Ham. Surely bad business by a club which could have commanded a substantial fee for him had they only given him a new contract.

I have admired Ramsey ever since he came on the field for Cardiff as a lively 19-year-old substitute in a Cup Final at Wembley. Now he still seems a crucial factor in the Arsenal midfield. The Gunners seem to have recovered after a shaky to the season with plenty of sparkle in attack. The defence, however, is hardly what it was in the Tony Adams days.

To give Tory Deeney his due, he was in impressive form against the Gunners but Arsenal have at least found a hugely capable goalkeeper in the shape of Bernd Leno, who cost them a cool £20million from Bayer Leverkusen. Without his highly accomplished saves after the veteran Petr Cech departed injured the Gunners would hardly have prevailed against a Watford team which looked better, sharper and more incisive on the day.

Cech will be out for some weeks now and it is hard to see him regaining his place since the new Gunners manager Emery is very keen on his keepers performing with their feet as well as their hands; something which clearly does not come naturally to Cech.

How long can Mourinho stay at Manchester United where, whatever his troubled relations with the vastly expensive Pogba, the team as a whole no longer seems to be responding to him? It would take a lot of money to pay him him off and Zinedine Zidane, who clearly wants the job having left Real Madrid, would not come cheap. But this is a club which is rolling in money and can hardly go on retaining a manager who for his past achievements has all too plainly lost his way.