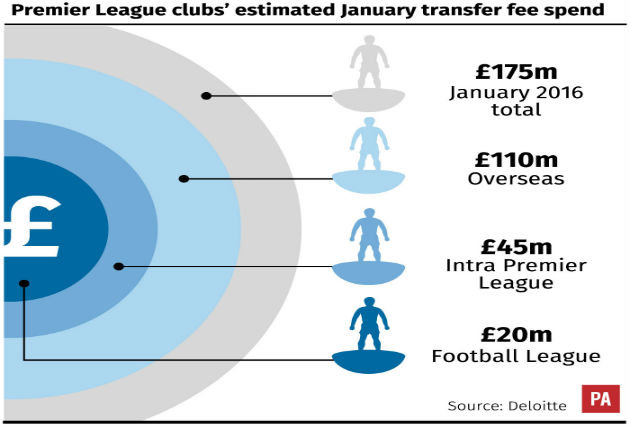 With the transfer window closed, it was a relatively quiet period for the bigger clubs in the Premier League. However, it proved to be memorable for teams such as Stoke City and Norwich who pulled off some great transfer coups.

Arsenal and Chelsea addressed some injury problems with the signings of Mohammed Elneny, Matt Miazgo and Alexandre Pato.

Liverpool added the talented Serbian youngster Marko Grujic and signed Stephen Caulker on loan, but a deal for Brazilian Alex Teixeria did not materialise.

Elsewhere, Newcastle were the surprise big spenders of the January transfer window – spending £29m, on the likes of Jonjo Shelvey, Henri Saivet, and Andros Townsend.

Norwich were the only other side to break the £20m mark, adding Steven Naismith and Timm Klose. Whilst Everton and Stoke spent big on the final day of the window, adding Oumar Niasse for £13.5m and Giannelli Imbula for a club record £18.3m.