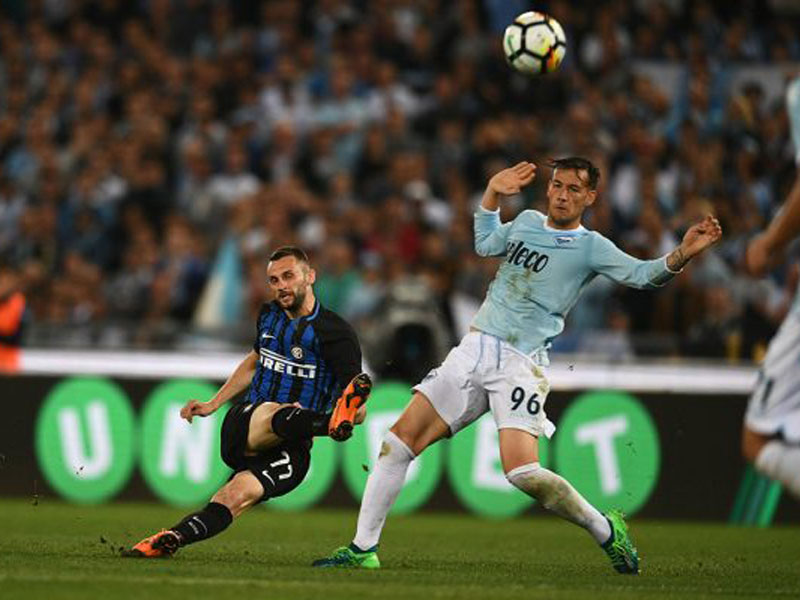 Paddy Agnew’s Notes from Italy: Farewells and Drama on the Final Day

Juventus, Napoli, Roma and Inter in the Champions League; Lazio, Milan and Atlanta in the Europa League ; Crotone, Verona and Benevento relegated. At the end of another dramatic Serie A season on Sunday, those were the final verdicts.

We say dramatic because nothing could have been more nailbiting than the very last match of the season which saw Lazio and Inter face off in a game that had become a Champions League play-off for the fourth remaining place. In a game of major swings of fortune, Inter gave one of their best performances of the season to come from a 2-1 losing scoreline to win 3-2 thanks to two goals in three minutes in the last quarter hour.

Not for the first time this season (see Salzburg in the Europa League), one had to feel sorry for an excellent Lazio which came a cropper at the very last fence, just when they appeared to have “the cat in the bag”, to use a Trappatoni saying. Not for the first time this season, too, one has to acknowledge that the experienced Luciano Spalletti has done a splendid job with Inter, not always the most straightforward club job in the land.

This last week has been an important one and not just for Sunday’s on the field verdicts. This was the week when goalkeeping legend Gigi Buffon “departed” and when coach Roberto Mancini arrived to take over the national team. With the Russia World Cup just around the corner, the announcement of Mancini’s appointment as the new “CT” (Commissario Tecnico) was timely.

Without Italy at the World Cup finals, this will be a painfully difficult summer for Italian fans. However, as we look forward to next season, not to say further down the road to Euro 2020, Mancini’s nomination offers a positive, bright note for the Italian future.

One of the leading lights in a formidable generation of Italian coaches, Roberto Mancini was the first Italian manager to win the English Football Championship when guiding Manchester City to the Premiership title in 2012. Since then, of course, compatriots Claudio Ranieri at Leicester City in 2016 and Antonio Conte at Chelsea last year have followed in his footsteps.

A fabulously talented player with both Sampdoria and Lazio, Mancini has proved to be an equally effective coach, winning league titles not only with Man City but also three times with Inter Milan (2006-2008). Following the sacking of Gian Piero Ventura last November in the wake of Italy’s failure to qualify for Russia, the Football Federation has understandably opted for a coach who, unlike Ventura, has a top class, winning and international pedigree.

Coach to Russian side Zenit St. Petersburg since June of last year, Mancini was the choice of an ad hoc Federation team which comprised among others, former AC Milan defender Billy Costacurta, the deputy Federation Commissioner, and Lele Oriali, former Inter legend and 1982 World Cup winner. A winning card ably played by Mancini was his obvious enthusiasm for the job.

When he addressed the media at his first news conference in the Federation Training centre of Coverciano, Florence, he recalled the first time he had walked into the centre, as a member of an Italy Under 14 squad back in 1978, adding: “[To coach Italy] has always been an aspiration of mine and it has come at the right time. Something has to be done for the national team. I have been thinking about this when I decided I wanted to leave Zenit. I believe my parents will be proud of me.”

53-year-old Mancini’s candidacy was also heavily strengthened by the fact that, in order to take the Italy job on a two year renewable contract worth €2 million, he has taken a pay cut, by comparison with his current Zenit contract also due to run for another two years. Within four days of taking the job, Mancini on Saturday named his first squad for a series of late May/early June friendlies against Saudi Arabia, France and Holland.

Intriguingly, among those named was talented Nice striker Mario Balotelli, a hero at Euro 2012 where he scored two goals in Italy’s semi-final win over Germany but a player who has not been called up for Italy since November 2014. Mancini and Balotelli, of course, had a famous bust-up during their time together at Man City but, despite that, the coach clearly still rates the player, saying at his initial press conference: “I would like to see the Mario of Euro 2012. If he hasn’t played for Italy for some time, maybe that is partly his fault, but I will give him a call.”

Many critics have argued that Italy badly missed a striker of Balotelli’s quality during their ill-fated qualifying campaign, whilst others had urged Ventura to call him up last autumn. Whatever about the recall of Balotelli, Mancini also indicated a wind of change, naming six uncapped players in his first squad – namely Torino midfielder Daniele Baselli, Crotone midfielder Rolando Mandragora, Sassuolo striker Domenico Berardi, Chelsea defender Emerson Palmieri and Atalanta defender Mattia Caldara.

One famous name missing from that first squad was that of Italy’s all time most capped player, Juventus goalkeeper and national icon, 40-year-old Buffon. At his news conference, Mancini had indicated that he would be more than willing to select Buffon for a final appearance in one of the three friendlies.

Two days later, Buffon held his own news conference at which he sprang a surprise or two. Most of us had expected him to announce his retirement from competitive football, with a final game for Italy marking his last outing. Not so. 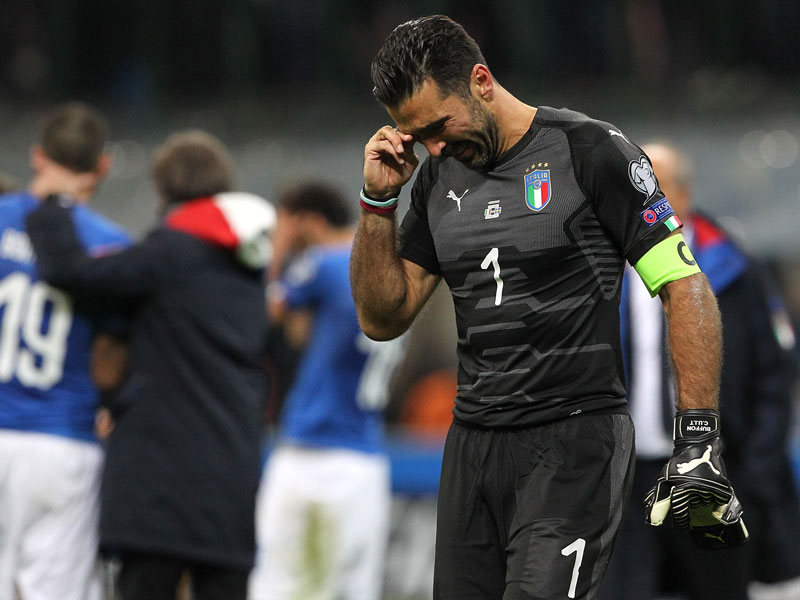 Buffon failed to make the World Cup, but his career might not be over yet (getty Images)

Buffon confirmed all right that, after 17 years, his time as a player at Juventus has come to an end. However, he also revealed that he was considering a monster offer (reportedly an annual €8 million for two years) from Paris St. Germain as the final chapter in his remarkable career. Furthermore, he rejected the notion of a final game for Italy, perhaps because he is still offended by the criticism prompted by his selection by then caretaker coach, Gigi Di Biagio, for a Manchester friendly against Argentina last March.

Buffon also used the occasion to apologize for his untypical, histrionic and ill-tempered outburst against English referee Michael Oliver in the minutes after the latter had awarded Real Madrid a decisive 93rd minute penalty at the end of the Real v Juventus Champions League quarter final tie last month, saying: “It’s obvious that I went too far and I am sorry for having offended the referee. Two days later, I would have embraced him and apologized to him.”

Speaking of his career, the 176 times capped Buffon concluded: “I was worried that I might get to the end of this great adventure as a player who was tolerated and whose engine had fused. I can say that that has not happened and I am proud that I am still playing at my best at 40 years of age, winning two trophies…and you cannot always take things like that for granted. Right now, the foremost sentiment I feel is one of gratitude.”

Many football fans, not just in Italy, will feel the same about Buffon.