When And Where Is The Champions League Final?

When And Where Is The Champions League Final?

Believe it or not, there is only one game left in the 2017/2018 Champions League. The best teams across Europe have been whittled down to just two, Liverpool and Real Madrid. But when and where is the final taking place? We tell you all you need to know about the match below.

The match is being shown on BT Sport 2, with BT also offering a FREE live stream on YouTube for non-subscribers. The match will also be available through the BT Sport app. 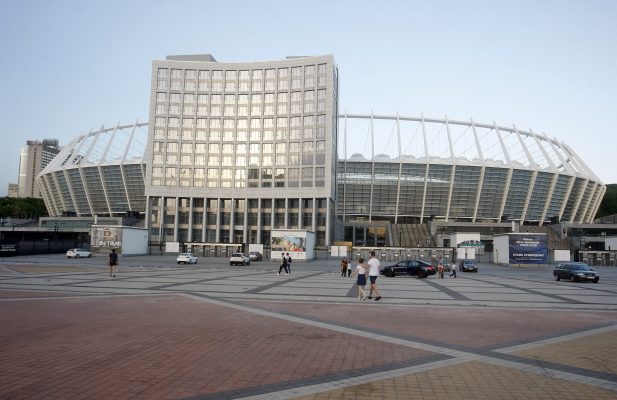 The stadium selected to host the final is the NSC Olimpiyskiy Stadium (pictured above) which is the second largest ground in Eastern Europe. The Luzhniki Stadium in Moscow, host of the World Cup Final later in 2018, is the largest. With roughly 60,000 seats, it is sure to provide a scintillating and memorable atmosphere.

How Did They Get There?

Liverpool – The men in red last got to the final in 2007 which they lost to AC Milan. The last time they won the trophy was in 2005, as they came back from 3-0 down at halftime to shock AC Milan on penalties.

To get to the final this year, they topped their group with three wins and three draws against Sevilla, Spartak Moscow, and Maribor.

In the first knockout stage they smashed Porto 5-0 in the first leg which made progression a certainty. Manchester City were next up and a 3-0 first leg gave the Premier league champions too much to do in the second leg. Despite an early goal from Gabriel Jesus, City couldn’t keep Liverpool out and they lost the second leg 2-1.

Their semi-final opponents were Roma, who had pulled off a miracle comeback against Barcelona. Once again, Liverpool proved too strong in the first leg, going 5-0 up but they did concede two late goals to give the men from Italy hope. A second leg fraught with tension ended up with a 4-2 win for Roma, putting Liverpool through by a single goal.

Real Madrid – Madrid have been the cream of the crop in the Champions League the last few years, winning three of the last four. Twice they beat Atletico Madrid in the final, and the other was a 4-1 win against Juventus last year.

In this years edition, Madrid were placed in a tough group alongside Tottenham Hotspur, Borussia Dortmund and APOEL. They came second after Tottenham didn’t lose a game, which meant the Spanish giants had to face Paris Saint Germain in the first knockout round. They would win 3-1 and 2-1 in the first and second legs respectively putting them through to face Juventus.

Madrid scraped through the tie 4-3 after some truly incredible moments. Ronaldo’s bicycle kick in the first leg, and then the huge controversy in the second created unbelievable drama.

Bayern Munich were next up in the semis and Madrid scraped through again by four goals to three.

Who do you think is going to win? Don’t hesitate to let us know.