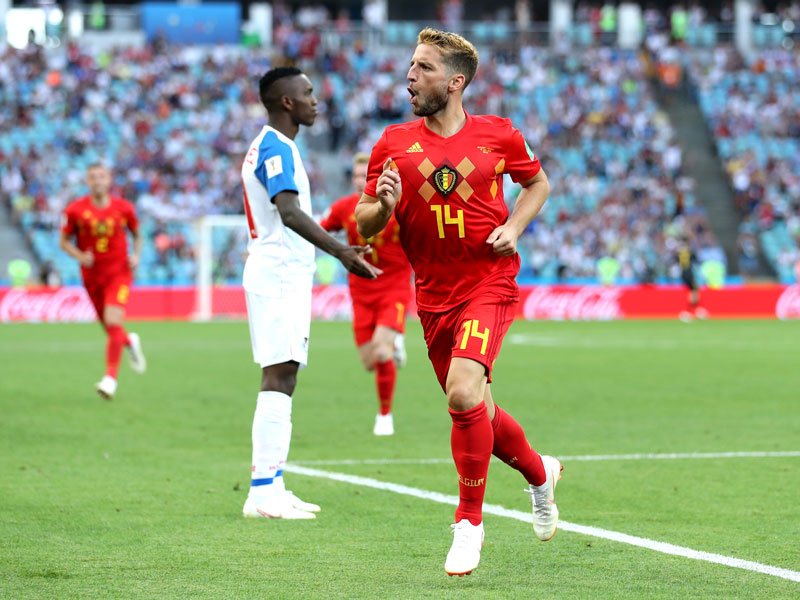 The debutants Panama managed to frustrate Belgium, ranked third in the world, in the first half and the score was 0-0 at the break.

But when the deadlock was broken in the 47th minute it was done so in some style.

A cleared cross looped toward Mertens on the right-hand edge of the area just inside the box, who without hesitation hit a sumptuous volley which dipped over Penedo and into the far corner of the net.

Panama had a couple of half-chances to pull even, and they appeared to be holding Belgium at bay–that is, until the favorites doubled their lead in the 69th minute. De Bruyne hit a majestic assist off the outside of this foot, finding a diving Romelu Lukaku who steered in the header to make it 2-0.

Romelu Lukaku scored a second to make the score 3-0 as Belgium eventually proved too good for World Cup debutants Panama in the opening match in Group G.