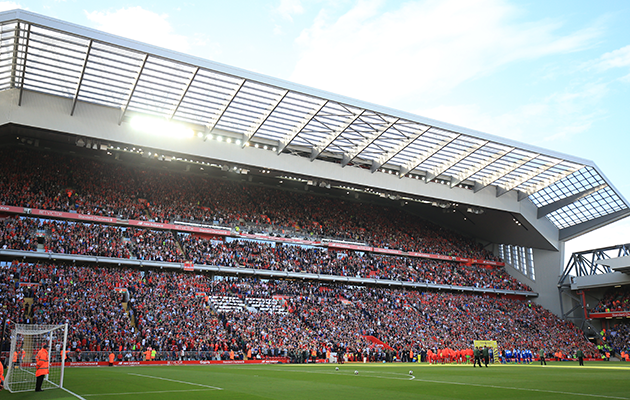 Plans to increase the capacity of Anfield may be shelved because Liverpool are concerned about growing anger among fans over the cost of ticket prices required to fund it.

In February thousands of Liverpool fans protested against plans to charge £77 for some tickets in the club’s new main stand.

“Ticket prices are an issue in England,” said Henry. “That may foreclose further expansion.”

Plans for the next phase of the redevelopment would see the Anfield Road end extended, adding an additional 5,000 seats.

But Henry admitted: “I don’t know if there will be a next step.”

Last season, the club performed a u-turn on ticket prices after supporters staged a walkout during the 2-2 draw at home to Sunderland.

Uefa wants to give more money to clubs who have historically performed well in the competition, a move that would benefit five-time winners Liverpool  – should they qualify for the Champions League – but disadvantage a club like Manchester City who have qualified in each of the last six seasons but have never won it.

The changes were only agreed by a small number of club officials and Uefa prior to them being unveiled in August. Indeed, newly-elected Uefa president Aleksander Ceferin has already spoken about overturning that deal as it appears to benefit the the big four leages at the expense of the rest of Europe.

“They unilaterally made changes to the market pool and there should have been I think more discussion,” said Henry, whose club did not qualify for European competition this season.

“But I can tell you that the [Premier League] owners were not happy… at least among the clubs that I speak with.”