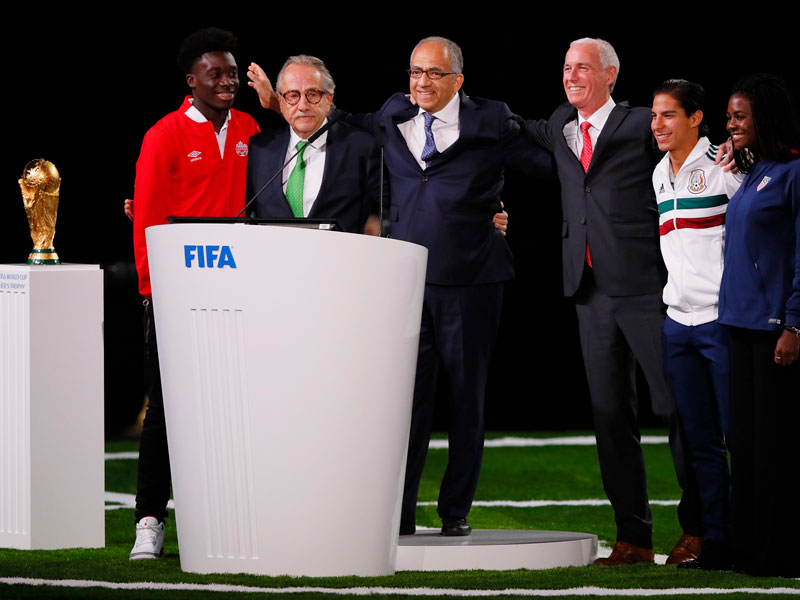 The 2026 World Cup host was announced today in a vote between bids from Morocco and a ‘United’ bid between Mexico, Canada and United States with the latter emerging victorious.

Carlos Codeiro, US Soccer President said; “Thank you so, so much for this incredible honour. Thank you for entrusting us with this privilege.

“We are all united in football, the beautiful game transcends borders and cultures. Football today is the only victor.”

Morocco have bid five times now and they have been overlooked each time.

The FA had this to say; “We congratulate the USA, Canada and Mexico on winning the bid to host the 2026 Fifa World Cup. Both bids were of a very high quality and we welcome the fact that the bidding process was both open and transparent.

“We cast our vote for the United bid as we believe the independent technical assessment made its advantages very clear. However, it is important to note that both bids were deemed to have met the hosting requirements and a tournament in Morocco, close to Europe and in a country that loves football, had a great deal for English football fans to be excited about.

“We are confident that the USA, Canada and Mexico will put on a fantastic event and we look forward to the tournament in 2026.”

After controversial FIFA votes gave the tournament to Russia and Qatar in 2018 and 2022 respectively, the governing body promised to have a more open, transparent process this time.

Previously the 22 FIFA executives voted on behalf of the entire governing body, however this time around, each respective bid got to give a 15-minute presentation. Then, the 211 FIFA member nations, aside from Canada, Mexico, USA, and Morocco, voted.

Why Did The ‘United’ Bid Win?

The main factor at play here seems to be money. Carlos Codeiro had said the bid would generate $14 billion (£10.3) in revenue and also $11 billion (£8.2) in profit for FIFA. This is compared to $6 billion (£4.48) that was projected from the Moroccan bid.

How Will The Tournament Work?

The final will be held at MetLife Stadium which is the home of the New York Giants and New York Jets of the National Football League (NFL).

Their were 23 host cities put forward shown on this map below. 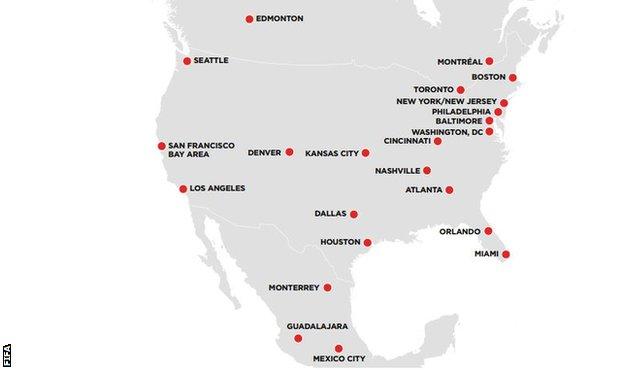 The 23 host cities put forward across Canada, Mexico and the USA (FIFA)

What Will The New Format Be?

The 2026 tournament will look very different than it due to its expansion. The World Cup will go from a 32-team tournament to 48, however the winner will play the same amount of games (7) as they do now.

This new format will have 16 more teams, and 16 more games to enjoy taking the total from 64 to 80 games.

The group stages will be 16 groups of three teams with the top two going through.

From that point on, it is knockout stages. This new format was introduced so that more games could be played as a whole, but the winners would still be only playing seven games.