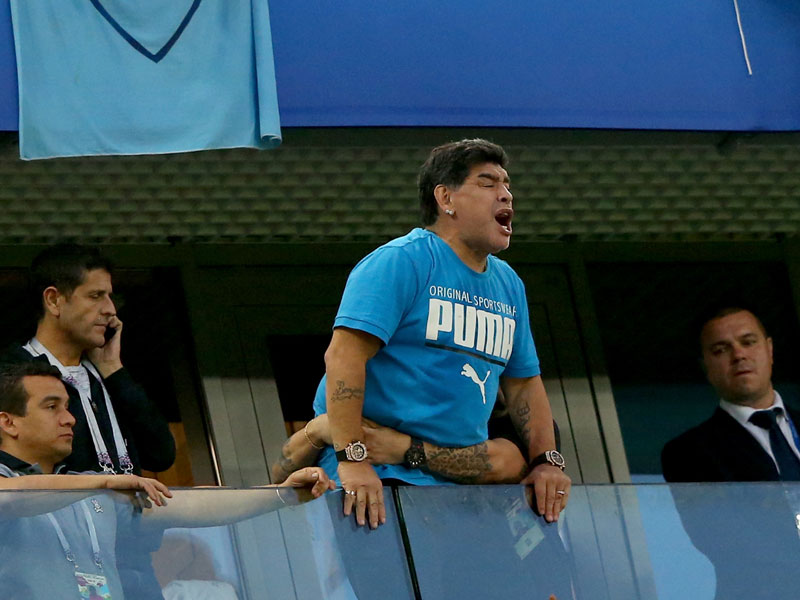 Last night Argentina qualified for the next round of the 2018 World Cup. Against all the odds and after three pretty poor performances, the men in blue and white managed to come second in their group setting up a next round match against France.

But this was not the only story line from Saint Petersburg with Argentine legend Diego Maradona stealing the headlines for probably all the wrong reasons.

Before the match, Maradona was his usual jovial self dancing with a Nigerian woman, cheering on his beloved Argentina and then celebrated Lionel Messi’s sublime goal. 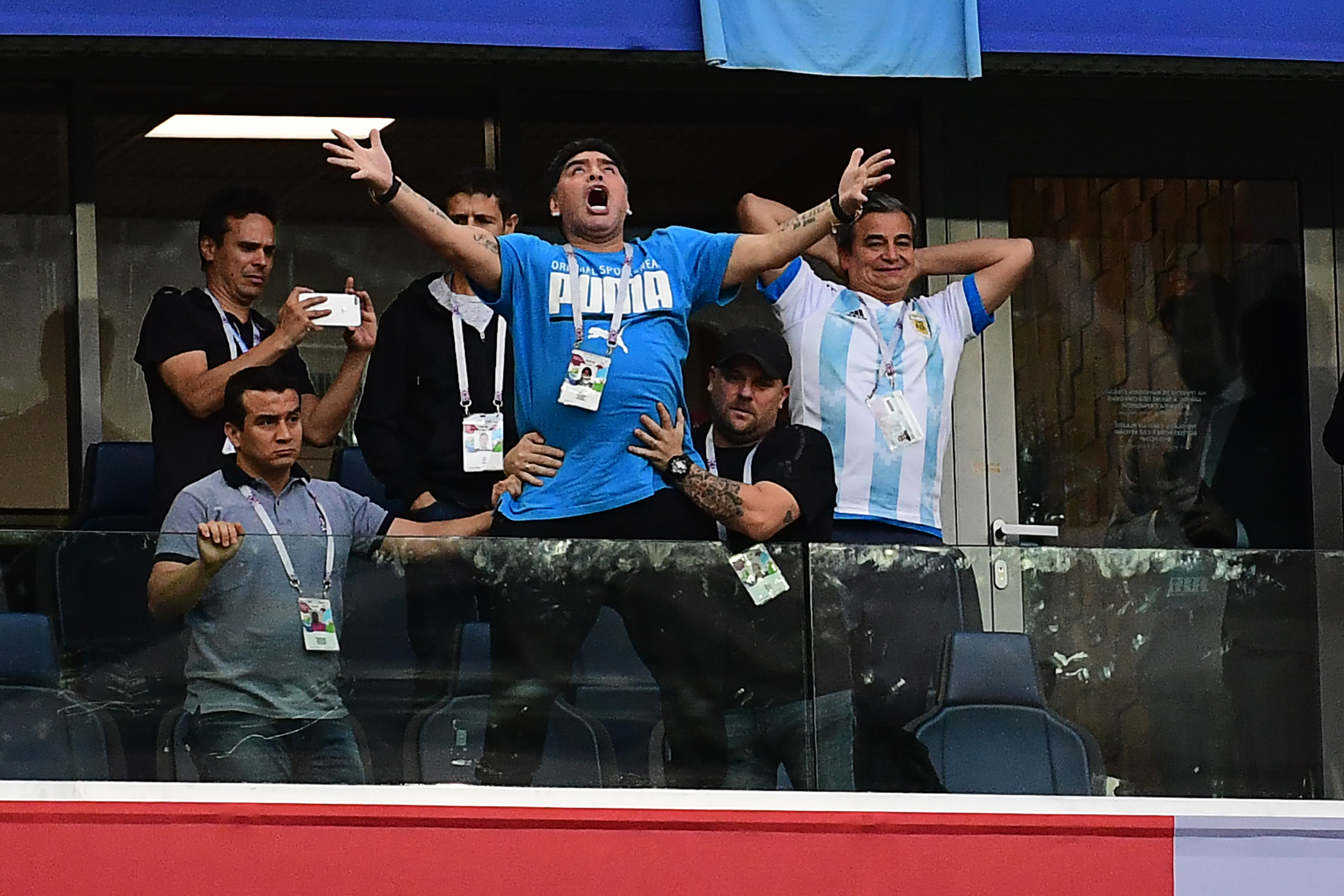 However things turned sour fast after Nigeria equalised with Maradona looking physically exhausted and then when Argentina scored the eventual winner through Marcos Rojo, Maradona was seen swearing at Nigerian fans below. 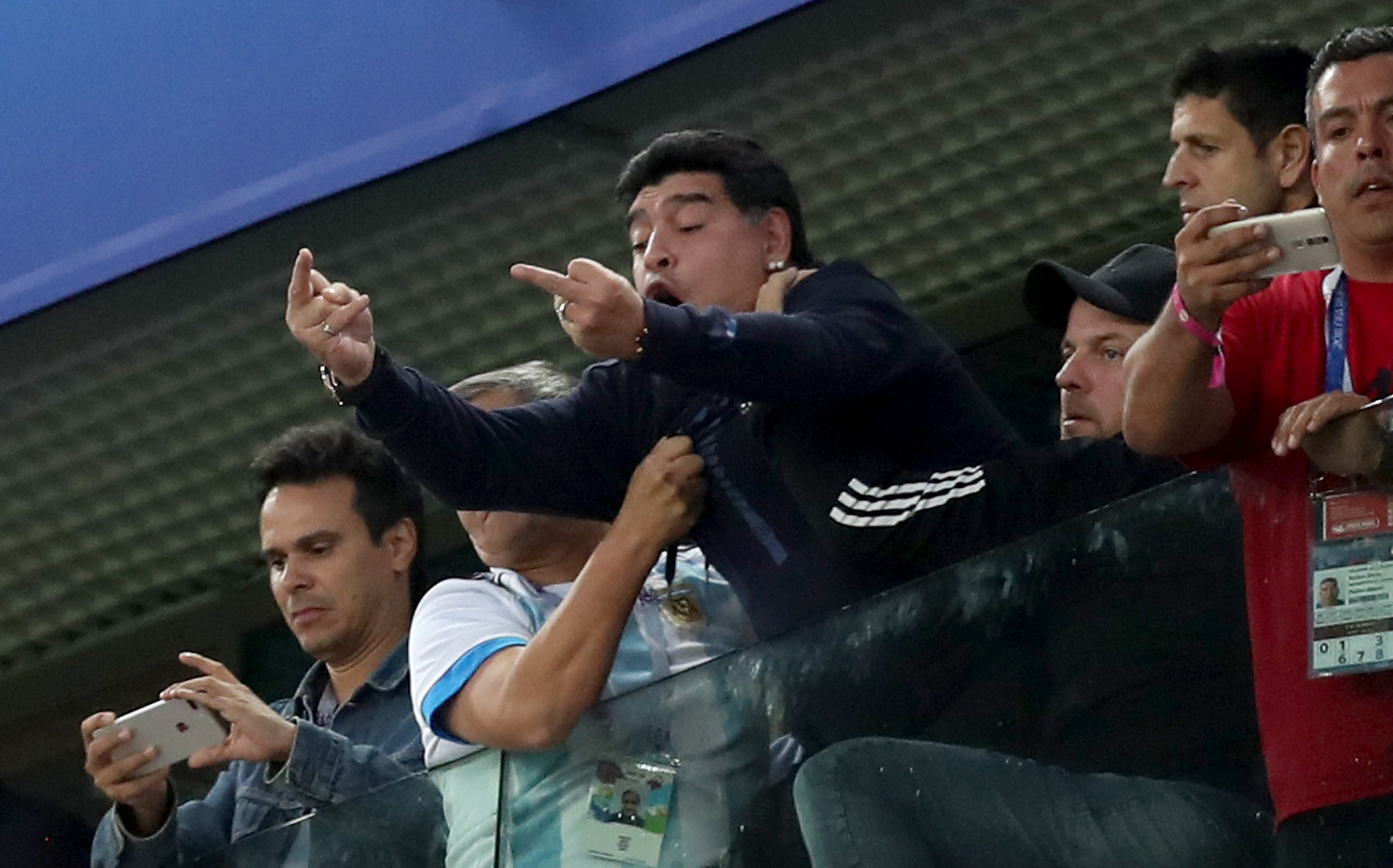 Additionally, soon after the final whistle, he was escorted into his private box and paramedics had to be called. It is not clear whether he was taken to hospital yet. A blood-pressure related issue is supposed to be the cause for the alarm right now but we will update you with further developments when we hear them.

Now there is no questioning the entertainment of Maradona last night, but his actions took away from Argentina’s achievement to qualify against all the odds. The night should have been about Messi guiding his team to qualification, whereas instead Maradona stole the show for all the wrong reasons.

Nonetheless, Argentina face France in the next round. Group winners Croatia beat Iceland to receive maximum points for their efforts and they will face Denmark in the round of 16.