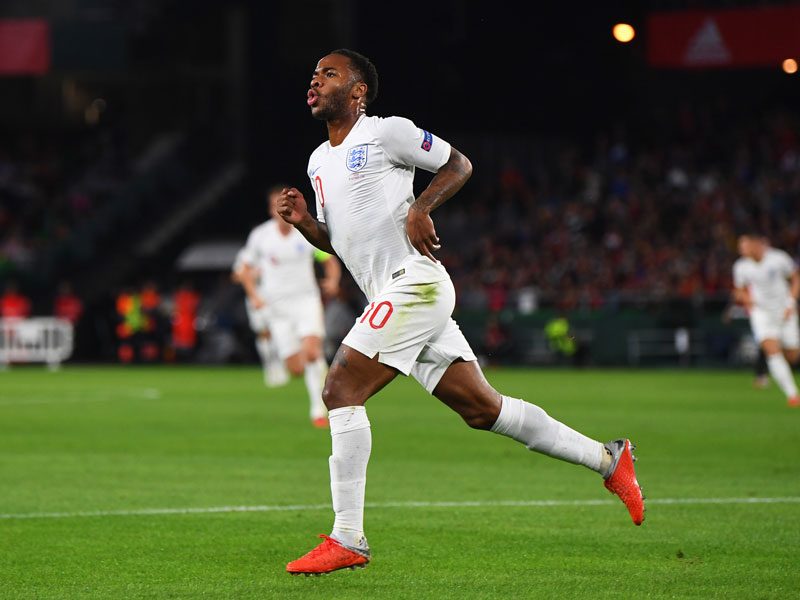 Brian Glanville: A Night For England To Celebrate In Seville

Hallelujah! A glorious victory for England in Seville. I was lucky enough, all those years ago, to report an even more emphatic victory, that time in Madrid, with an inspired Gary Lineker scoring all four England goals.

If Spain in Seville enjoyed a far greater amount of possession, and if in the ancient saying, possession is nine tenths of the law, in football this has never been the case. I recall being told by Cliff Bastin, Arsenal’s Boy Wonder of the 1930s, that when the all-conquering Gunners team had territorial dominance of the play, they began to worry.

Counter attack was their speciality and inspired counter attack was what gained England their splendid three goals in Seville. Where an impressive Gareth Southgate may be said to have been lucky was in the dazzling, much belated, return to form of Raheem Sterling. Goalless for so long at international level, on this occasion he twice splendidly took chances so cleverly set up for him.

Southgate might have hoped for this but he hardly could have expected it. The 4-3-3 formation worked splendidly in attack and when Spain pressed so hard for goals in the second half, the five at the back defence held out for the victory.

The absence of John Stones and Jordan Henderson, both impressive in Croatia, wasn’t felt. Joe Gomez is plainly a defender for present and future. Ross Barkley found decisive midfield form. Harry Kane showed he is an unselfish maker as well as a prolific scorer of goals. Marcus Rashford emphatically put the misses in Croatia behind him to look formidable in attack. Altogether a night to celebrate.

All credit to Southgate for so boldly sending on the 18-year-old attacker Jadon Sancho against Croatia, if only for the closing minutes. And colossal credit to the player himself for making those minutes so memorable with the dynamic speed and threat from the right wing, which he has been showing this season for Borussia Dortmund.

Not with a Premier League club, you will note, but in the Bundesliga where he had the courage and the initiative rather than stay with a leading English club which could keep him on the sidelines.

Already this Bundesliga season he has a remarkable record of setting up goals. If only his former teenaged international team-mate, Manchester City’s Phil Foden, could emulate him and quit City, even if it be on loan, rather than stay at City with only the occasional appearance in competitions that do not really matter. He seems happy with his present lot rather than properly ambitious and I think he being altogether too modest and potentially undermining what could be an effervescent career. All those foreign stars are keeping him out of the top team and it is a shameful waste of one of the best young talents in English football.

Contrary to what seems the general opinion, I did not think that England’s team did much of distinction in Croatia, even if they did hit the woodwork twice and came way with a draw against the team which had beaten them in the recent World Cup.

Having four rather than three at the back certainly reduced the threat of the Croatia attack but it should be remembered that shortly before this game Croatia had been thrashed 6-1 by Spain.

Arsenal and their new, effective coach baffle me. Why are they so ready to get rid of Aaron Ramsey? At Fulham, where he came on as a substitute, he was instantly in galvanic form, adroitly scoring and making goals. He and the club have reportedly been unable to agree terms of a new contract but if the problem were resolved it would not nearly be as high as the £350,000 a week reportedly given to the German international, as was, Mesut Ozil. Who plays on those sporadic occasions when he feels like it.

Ramsey is content to see out his contract until the end of the season, by which time on hopes the Gunners might have come to their senses.