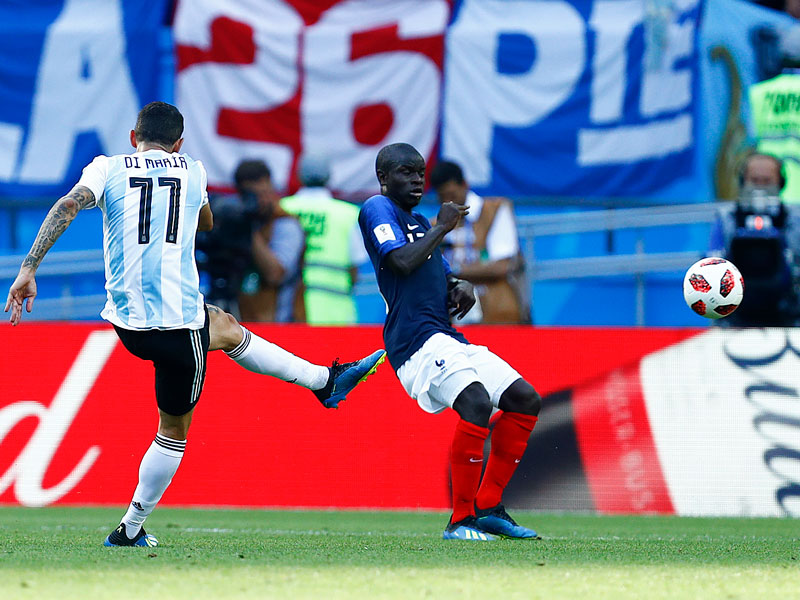 What a hit from Angel Di Maria 🚀

Angel Di Maria scored an incredible goal in France vs. Argentina on Saturday in their Round of 16 knockout match, a 30-yard screamer completely against the run of play which tied the match 1-1.

In the 41st minute, trailing 1-0, the Paris Saint-Germain attacker picked up the ball on the edge of the box. He found himself in acres of space and had the time to take a touch to get the ball out from under his feet and line up a his 30-yard strike. He fired a ferocious left-footed shot with such power that it tailed away from keeper Hugo Lloris, impossible to save.

There were plenty more goals in the game as France and Argentina played one of the best games of the tournament so far. After Antoine Griezmann’s opener, and Di Maria’s screamer, Argentina against the run of play scored through a Lionel Messi shot that deflected off Gabriel Mercado.

They were not in the lead for long though as Benjamin Pavard scored another incredible goal to tie the game at 2-2, and then man of the match Kylian Mbappe scored twice to all but assure France’s progression into the next round.

Sergio Aguero scored a late consolation goal and Argentina had another chance to level the score with tie expiring, but it was not to be.

France will go on to play Uruguay in the quarter-finals, whereas Argentina will probably have some retirements soon.