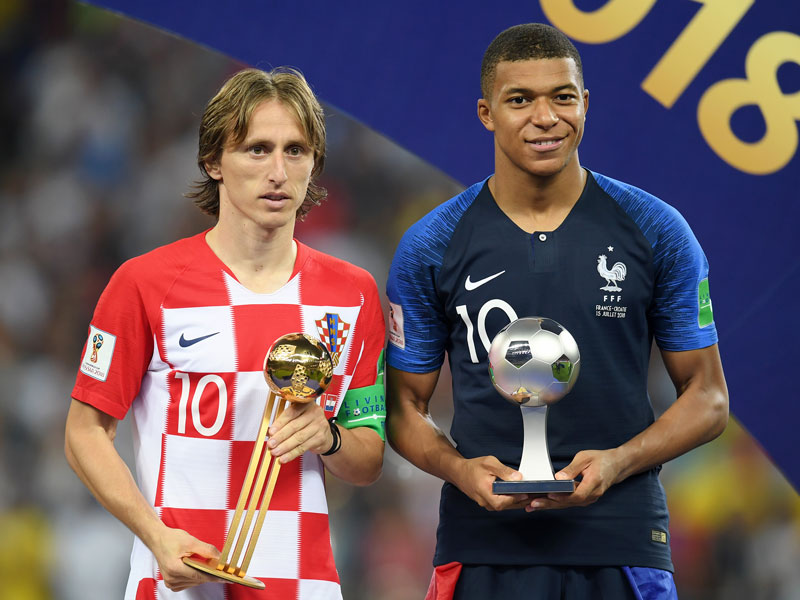 In this piece Sam Tremlett takes a look at his top 10 players of the 2018 World Cup but only one player is allowed to be selected from each team.

France could have had a multitude of players selected in our top 10, such as Antoine Griezmann, N’Golo Kante, and Raphael Varane. But we have gone with the electric youngster Mbappe after he entertained the world with his pace, skill and complete lack of fear. He is only 19 and can only get better which is truly a scary prospect.

The Golden Ball winner, Modric further showed how he is arguably the best midfielder in the world in Russia as he lead his side to the World Cup Final. The two Ivan’s Rakitic and Peresic were very good throughout but the Real Madrid man is in a class of his own.

The Manchester City man further showed how he is one of the best midfielders in the world in Russia as his pin point passing allowed Romelu Lukaku and Eden Hazard to be their usual destructive selves. Additionally he has shown he is capable of putting the ball in the net with his strike against Brazil.

Yes Harry Kane won the Golden Boot but everyone was kind of expecting him to play well. Not a lot was expected of Trippier who emerged as sublime left back with a potent set-piece delivery. Probably England’s best player throughout the tournament.

All the focus before and during the tournament was on Neymar, but Coutinho was Brazil’s best player. He was creative, elusive got on the scoresheet on more than once occasion. His strike against Switzerland was one of the goals of the tournament.

With James Rodriguez injured and Radamel Falcao struggling, Yerry Mina despite being a centre-back picked up the scoring slack as he scored three times from headers to get his side to the Round of 16.

The rock in the Uruguayan defence, Godin lead his team to the quarter-finals but lost to the eventual champions France. Right now, he is probably the best defender in the world.

Not a lot was expected of Russia going into the tournament, but they proved everyone wrong in 2018 as they got all the way to the quarter-finals. Their best player was Denis Cheryshev who scored four times including an absolute stunner against Croatia.

GOAL! Wow! Cheryshev runs on to a perfectly weighted pass and bends a first-time shot with his left boot into the top corner of the net pic.twitter.com/gfcsLGBEtR

Portugal may have been knocked out of the World Cup by Uruguay in the Round of 16, but Ronaldo gave us one of the finest moments of the tournament in his very first game against Spain. With the clock running out and his side 3-2 down, Ronaldo got fouled by Gerard Pique on the edge of the box. He then proceeded to score and help his side salvage a draw in one of the games of the tournament. He also scored the winner against Morocco too.

Granqvist was the leader of the Swedish team and helped guide them to top their group and onto the quarter-finals where they would lose to England. In their first game he scored the decisive penalty to beat South Korea and then scored another in a 3-0 romping of Mexico. His defensive work was also excellent as the Swedes kept three clean-sheets in five games.