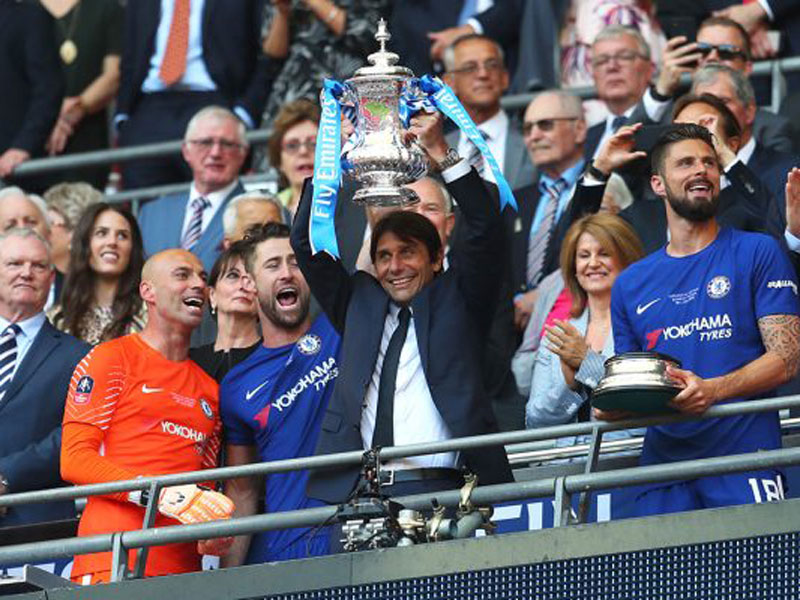 Had the burly Romelu Lukaku been fit enough to play in the Cup Final, would Manchester United have won it for Mourinho? It was plain enough, not least to himself, that he would hardly last the whole game, but without him United lacked finishing power in the middle with Rashford unhappy in such limited spaces.

It was however hard to understand Mourinho’s tactics, deciding to man mark the scintillating Eden Hazard with Herrera. Hazard was never subdued and for much of the game Herrera was simply wasted. Should United’s Phil Jones have been sent off when giving away the penalty? It was arguable since he had frustrated a plain goalscoring opportunity. Personally I was happy enough to see him stay on rather than see the game unbalanced.

Quite why the man of the match award was given at Wembley to the Chelsea central defender Rudiger, who can logically say? Hazard – England in the coming World Cup beware – was surely outstanding in his pace, superb control and inventive trickery.

I felt sympathy for the young Brazilian midfielder Willian, so often a creative force in Chelsea teams. Preferred to him was Bakayoko, who could well have given way to him when thing were growing difficult in the second half. If this was Antonio Conte’s last game in charge of Chelsea then his is surely going out with a bang rather than a whimper, with the substantial consolation of a £9million pay-off.

Arguably, on their second-half performance, United deserved a draw. Meanwhile I could not make sense of Conte’s decision to substitute Hazard near the end of the game. As he walked off, he was not notably injured.

The England manager Gareth Southgate may have been encouraged by the display at centre-back of Chelsea’s Gary Cahill, who has of late been in and out of the side and was a somewhat surprising choice for the England squad in Russia.

The FA meanwhile continue to get things clumsily wrong. After Manchester United defeated Tottenham Hotspur in the Wembley semi-final they put out an “official” tweet, whereby Chris Smelling the United centre-half was asked, “What’s in your pocket?” to be followed by a further clip to show Smalling saying, “Harry Kane.” Cheap and irrelevant.

When England go to Russia I hope they will play to their admittedly limited strengths; notably not to isolate a lone Harry Kane but to accompany him up front with the searing pace of Jamie Vardy. Goodness knows though who will give them the ball. I see no player in the squad capable, in the Italian saying, of inventing the game. I have every sympathy with Arsenal’s Jack Wilshere who has loudly criticised his omission, pointing out that far from missing many club games this season – even if in the last year he had to withdraw from a couple of England matches – he has played 30 games for the Gunners.

Alan Shearer meanwhile has been loud in his advocacy of Jonjo Shelvey, playing of late in fine constructive form for Shearer’s old club, Newcastle United. This is an inspired passer of the ball and if over the years he has acquired a reputation for unorthodox behaviour, what of it?

The imminent European Cup Final between Liverpool and a waning Real Madrid seems to me to depend on the availability and flair of one supreme talent: Ronaldo. Now in his 30s we have seen how capable he is of scoring supremely spectacular goals. He has lately been in trouble with injury; we wait to see if he can play at all. Meanwhile Liverpool have a glorious three-pronged attack which could penetrate far stronger defences than Real’s. The Egypt international Mohamed Salah has had a season as prolific as Ronaldo’s. Yet Ronaldo can win any game.