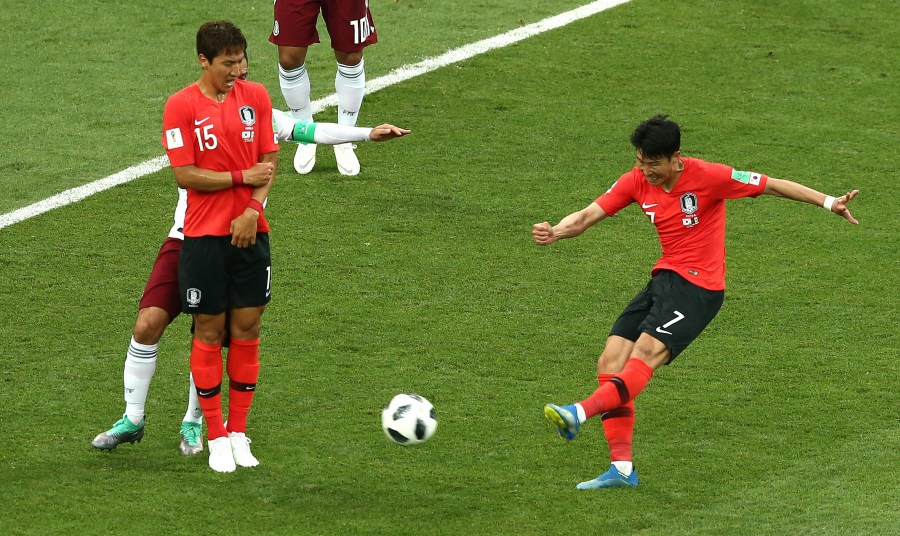 Carlos Vela and Javier Hernandez got the goals that sent Mexico top of Group F with maximum points after two games.

But Son Heung-min’s last minute consolation goal was the goal of the match. The Tottenham player picked the ball up on the edge of the box, shifted it onto his left foot and curled a sweet strike past Ochoa.

It didn’t change the result and after a second narrow defeat South Korea are all but out of the tournament.

Having shocked the world champions Germany in their opening game, Mexico are set to progress out of Group F, but they will be keen to get past the round of 16 for the first time since hosting the finals in 1986. The question is what position will they qualify? They currently top the group but Germany won 2-1 against Sweden and are breathing down their neck for top spot.

At World Soccer we will update you with all the news related to the World Cup on our website. Make sure you know about the Groups, Friendlies, Dates, Fixtures, Stadiums, TV Schedule, Qualified Teams by clicking on the highlighted links.
Also don’t forget to follow World Soccer on Facebook, and Twitter.