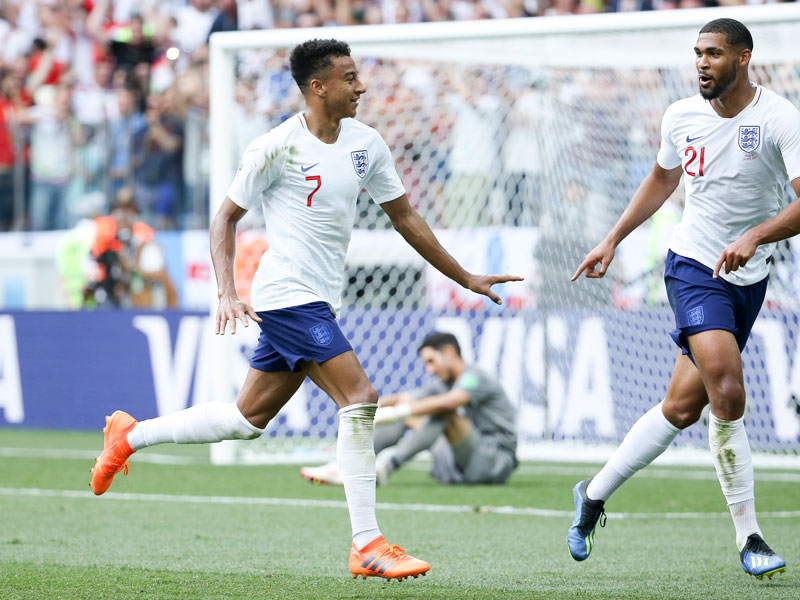 The Three Lions won 6-1 to secure their place in the last 16, which also saw a hat-trick from captain Harry Kane.

It was a breath of fresh air to see England having such fun as they went about their business on Sunday afternoon.

John Stones opened the scoring in the 8th minute, heading in a cross from Kieran Trippier and Harry Kane made it 2-0 by lashing a sweetly struck penalty into the top left hand corner, after a penalty was awarded for a challenge on Jesse Lingard.

In the 36th minute, Jesse Lingard popped up again. The Matchester United player latched on to a loose ball out on the left wing. He played a short pass to Sterling on the edge of the area who played a nice return ball that allowed Lingard, who never stops moving, to run onto the ball and curl a majestic shot into the far top corner from 20 yards.

England were six goals up and coasting when substitute Felipe Baloy netted Panama‘s first ever goal at the finals.

The late goal means England and Group G rivals Belgium are level on points, goal difference and goals scored ahead of their crucial meeting in Kaliningrad next Thursday.

At World Soccer we will update you with all the news related to the World Cup on our website. Make sure you know about the Groups, Friendlies, Dates, Fixtures, Stadiums, TV Schedule, Qualified Teams by clicking on the highlighted links.
Also don’t forget to follow World Soccer on Facebook, and Twitter.