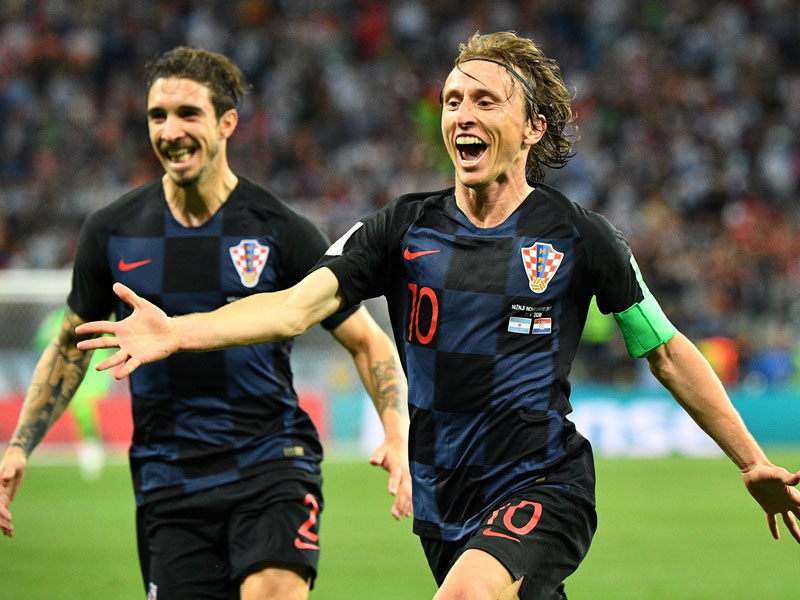 All eyes were on Lionel Messi, and whether he could inspire his Argentina team to bounce back from their draw with Iceland.

However, Croatia‘s game plan to isolate the Barca star worked to perfection. Messi cut a forlorn figure  as he was starved of possession throughout.

Croatia’s first goal was gifted to them by a howler of a mistake from the Argentinian goalkeeper Willy Caballero. He tried to dink a backpass over the head of Ante Rebic but only managed to tee him up with a hip-height volley which he duly smashed back past him and into his net. It was brilliant technique and a stunning strike, but Argentina should feel aggrieved that Rebic was still on the pitch after a horrific challenge earned him a yellow card in the first half. Not doubt, he should have seen red.

The first goal was a gift, but Croatia’s second goal has anything but. Modric received the ball in front of the goal 25 yards out. He dragged Nicolas Otamendi one way and then the other to create a bit of space and unleashed a stunning strike which bent round the outstretched arm of Willy Caballero.

Ivan Rakitic wrapped up the win in style late on as he combined with the substitute Mateo Kovacic to break away and Rakitic just had to roll the ball past Caballero to make the scoreline 3-0.

Croatia finishes its group stage with a match against Iceland on Tuesday, while Argentina will need a win over Nigeria and some help to entertain thoughts of going through.