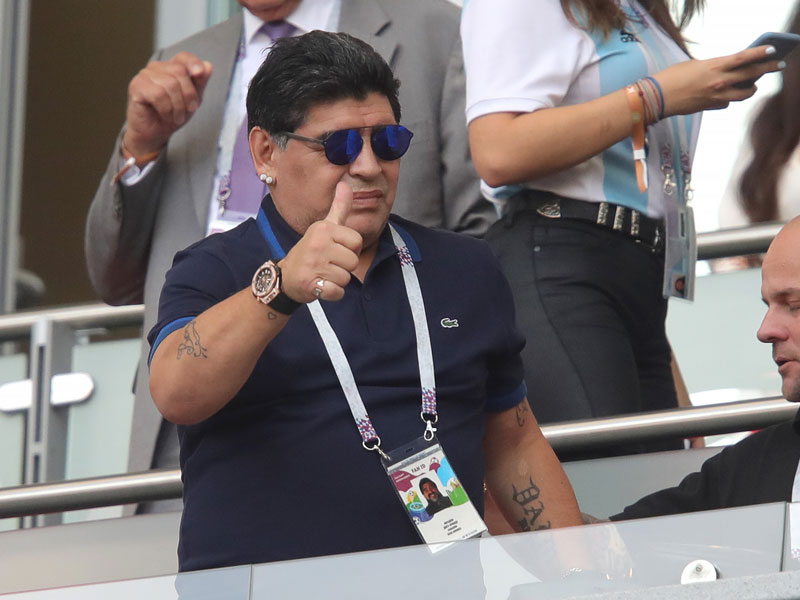 A day after England managed to secure a quarter-final spot through victory over Colombia, Diego Maradona launched into a rant on Venezuelan-based channel Telesur.

“Today I saw a monumental robbery on the pitch, a fatal mistake for a whole country.”

Maradona would criticise Pierluigi Collina, the head of FIFA’s refereeing committee, for letting Mark Geiger take control of the match.

“Here’s a gentleman who decides, a referee who, if you Google him, shouldn’t be given a match of this magnitude.

Geiger, an American, what a coincidence.”

“I’m just sorry for the whole Colombian people,” Maradona said. “I cheered Colombia’s goal as if I had headed it myself.”

England went 1-0 up on Colombia after Harry Kane was brought down in the box. He converted the penalty with a textbook finish. And it looked as if that would be the final result but Yerry Mina rose higher than all others to head in a corner in injury time.

Nothing could separate the two sides in extra time, which brought about penalties. England would go on to win the shootout 4-3.

Maradona of course has a history with England after his spectacular cheating and spectacular brilliance in their 1986 World Cup quarter-final matchup.

Additionally, he has also been newsworthy in this years tournament after he was seen swearing at Nigerian fans after his Argentina side narrowly beat Nigeria 2-1 to qualify for the knockout stages. He then had to receive medical attention after the game.