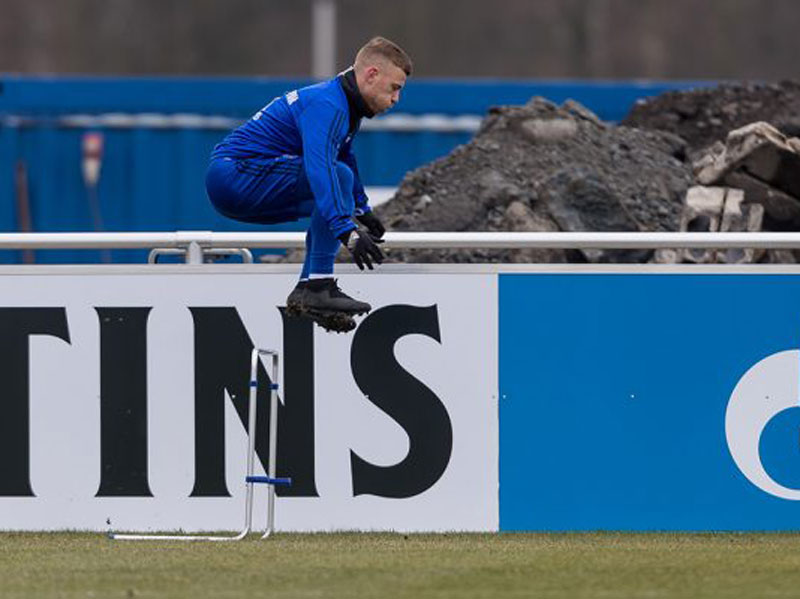 Nick Bidwell’s Notes from Germany: Max Meyer Out In The Cold at Schalke

Schalke’s Max Meyer, one of the most promising young midfielders in the country, has been declared persona non grata at the Gelsenkirchen club after publicly accusing his employers of “bullying”.

The 22-year-old Meyer, whose current deal with the Royal Blues ends this summer, has twice turned down new contract offers and in a sensational recent interview with the Bild newspaper, turned his fire on club chairman Clemens Tonnies and director of sport Christian Heidel.

“It was a disgrace for Tonnies to go on TV and say that I was only motivated by money,” declared Meyer, who is rumoured to on the wish-list of a slew of top European sides, including big-hitters in the the Premier League. “I simply did not want to stay at Schalke and carry on working under Heidel. That’s the long and short of it. Lately, it’s felt like bullying. I was no longer welcome.”

Schalke’s response to the diatribe would be equally forthright. Meyer would be suspended for the final two Bundesliga games of the season. Banished to the reserves. Over and out.

“We cannot tolerate these methods and claims,” stormed Heidel. “Much more than the unsubstantiated assertions, we’re upset by the accusations of bullying. We strenuously deny them. Schalke always has treated Max Meyer correctly.”

What a difference a few months makes. Only last October, Meyer was telling all and sundry how settled he was in Gelsenkirchen, how happy he was after new coach Domenico Tedesco successfully converted him from a freewheeling attacking-third role into a holding midfielder. Now he’s the enemy within, barely featuring in the Schalke first-team this past month.

Prompted by his strong performances earlier in the season, many saw him as a candidate for Germany‘s World Cup 2018 squad. No chance of that now. His next task? Find a new club and go again.

Just one more messy and acrimonious example of Schalke’s apparently incurable need to wash their dirty linen in public. Other clubs manage to keep their squabbles in-house. The Gelsenkirchener never have and probably never will.

What We Learned This Week
1. A new face at the Wolfsburg wheel ?
Two years after coming within a whisker of overcoming Real Madrid in a Champions League quarter-final, Wolfsburg are facing an altogether different reality – the spine-chilling fear of relegation from the Bundesliga. Since Bruno Labbadia replaced Martin Schmidt as coach in late February, the Wolves have picked up a paltry six points from a possible 27, winning only once.  Not remotely good enough. Rumour has it that Labbadia might not even last the season.

2. Kaiserslautern chaos.
Four-times national champions and one of Germany‘s most famous clubs, ‘Lautern’ certainly are in dire straits, recently relegated to the third division, the lowest-ever point in their 118-year history. A mass exodus of players is expected, their financial status is precarious and it’s far from a given that the DFB will grant them a licence to operate in the third tier. Unbelievable. Twenty years ago, they were celebrating the Bundesliga title, the one and only instance of a newly-promoted team achieving the feat.